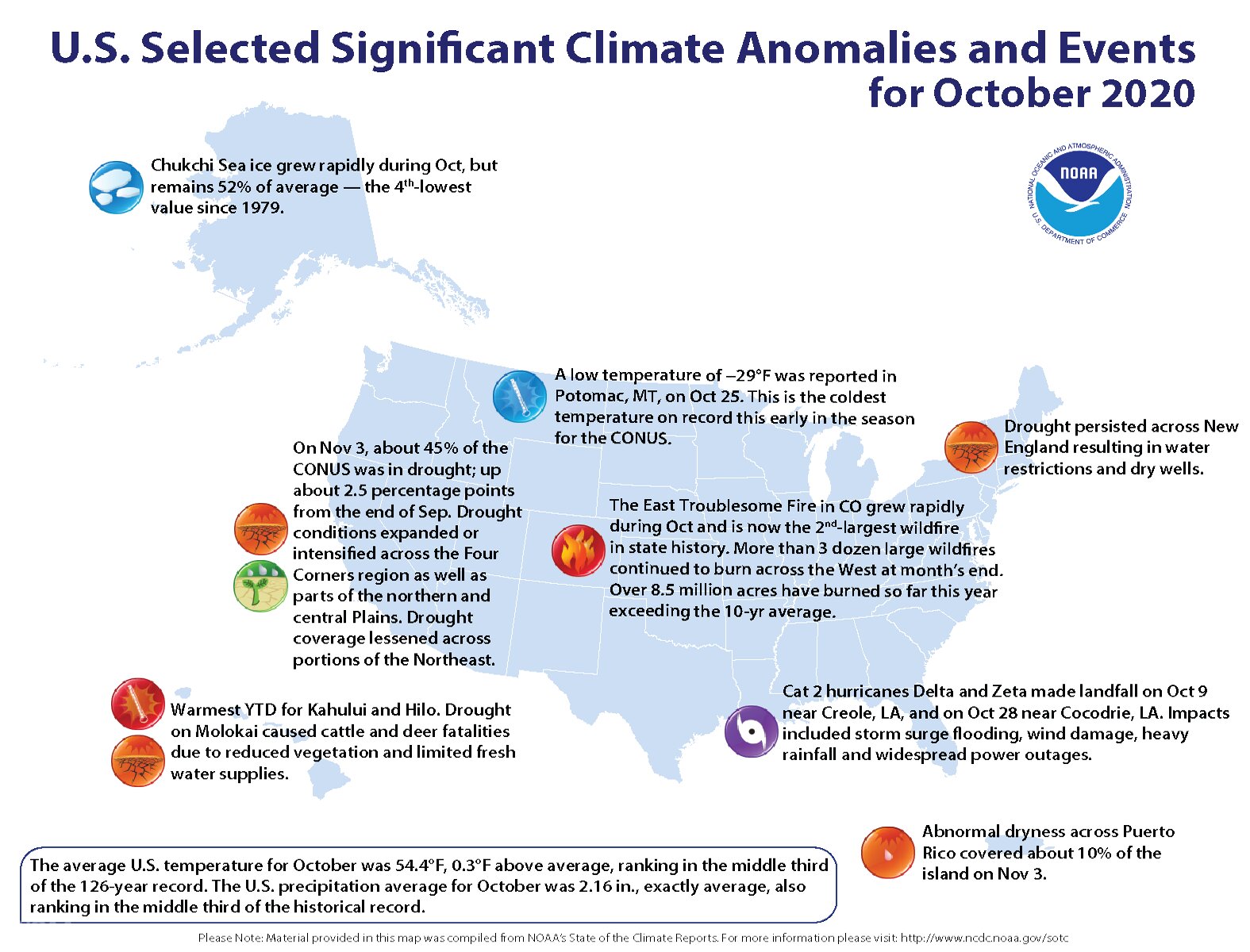 Temperature and precipitation, however, ranked very close to average across the contiguous U.S. last month.

Climate by the numbers

The average October temperature across the contiguous U.S. was 54.4 degrees F, 0.3 of a degree above the 20th-century average and placed the month in the middle third of the climate record.

Some state standouts include California, which had its hottest October on record, as well as Arizona and Florida where each ranked third hottest. The coldest temperatures covered much of the northern Rockies, Great Plains and the Great Lakes.

The average precipitation last month was 2.16 inches—exactly average. This placed October in the middle third of the historical record.