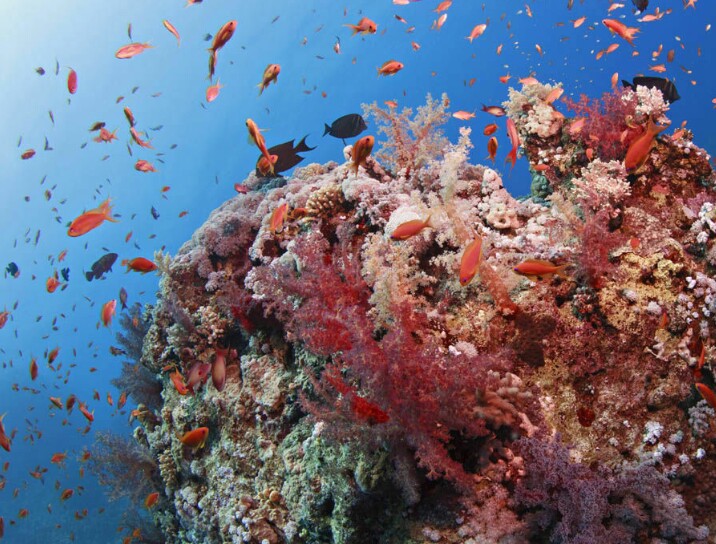 USA - To Save Nature, We Must Protect 30 Percent of US Ocean

Protecting 30 percent of the U.S. ocean is key to saving the diversity and abundance of life on Earth.

Long before she alerted the world to the danger of the pesticide DDT, marine biologist Rachel Carson wrote in her book, The Sea Around Us, “It is a curious situation that the sea, from which life first arose, should now be threatened by the activities of one form of that life. But the sea, though changed in a sinister way, will continue to exist; the threat is rather to life itself.” Today, in the face of a mass extinction of the plants, animals, and microorganisms that keep our air clean, our water pure, and our food supplies plentiful, her words ring even truer. The planet has lost 60 percent of its wildlife since 1970. Two-thirds of wetlands have disappeared, and nearly 33 percent of reef-forming corals and more than a third of marine mammals are threatened with extinction. Three-quarters of the planet’s lands and two-thirds of its ocean areas have been significantly altered by human activities. All this is happening while climate change is making the ocean hotter, more acidic, and less habitable for fish and wildlife.

But the ocean is not just a victim of climate change—it is also a powerful source of solutions. Protecting the ocean could provide one-fifth of the global greenhouse gas emission reductions that are needed to limit temperature rise to 1.5 degrees Celsius. Potential solutions include protecting the blue carbon ecosystems that sequester carbon; housing the offshore wind energy needed to achieve a clean future; ensuring that fisheries are climate-ready; and reducing ship speeds. Together, these solutions could reduce carbon emissions; promote coastal resiliency and adaptation to ready communities for climate impacts such as sea-level rise and storm surge; and establish a pathway to protect 30 percent of U.S. ocean habitats and ecosystems by 2030, a goal known as 30×30.