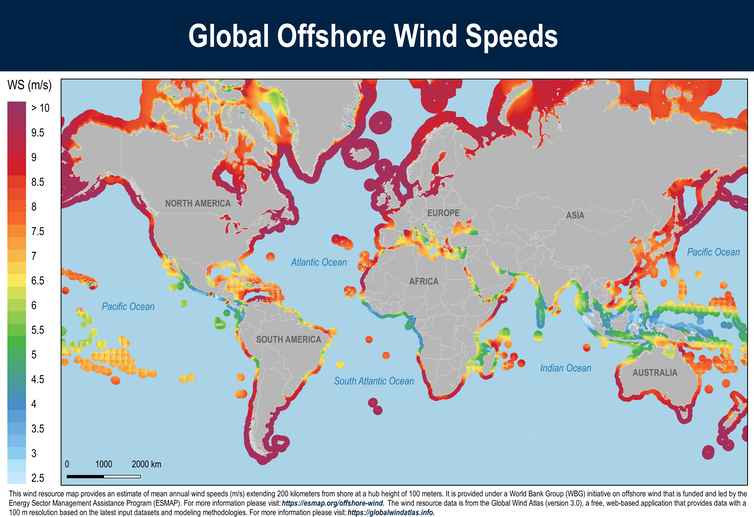 USA - The US Just Set Ambitious Offshore Wind Power Targets. What Will It Take to Meet Them?

The United States’ offshore wind industry is tiny, with just seven wind turbines operating off Rhode Island and Virginia. The few attempts to build large-scale wind farms like Europe’s have run into long delays, but that may be about to change.

The Biden administration announced on March 29, 2021, that it would accelerate the federal review process for offshore wind projects and provide more funding. It also set a goal: Develop 30,000 megawatts of offshore wind capacity this decade—enough to power 10 million homes with clean energy. To put that in perspective, the US has just 42 megawatts today.

Several wind farm developers already hold leases in prime locations off the Eastern Seaboard, suggesting plenty of interest. So, will the government’s new goals and promise of additional funding be enough to finally launch a thriving offshore wind industry?

As engineering professors leading the Energy Transition Initiative and Wind Energy Center at the University of Massachusetts Amherst, we have been closely watching the industry’s challenges and progress. The process could move quickly once permitting and approvals are on track, but there are still obstacles.

Vineyard Wind, which is likely to become the nation’s first commercial-scale offshore wind farm, had planned to begin construction in 2019 about 15 miles off Martha’s Vineyard. A ruling by the federal Bureau of Ocean Energy Management under the Trump administration stalled it, and also cast a shadow over other wind farm plans.

The agency ruled that the developers needed to address what is called “cumulative impacts”—what the East Coast will look like when there are not one or two, but 20 or 40 large-scale wind farms. That part of the US coast is ideal for wind power because of its wide, shallow shelf and proximity to cities that are looking for renewable electricity to reduce their climate impact.