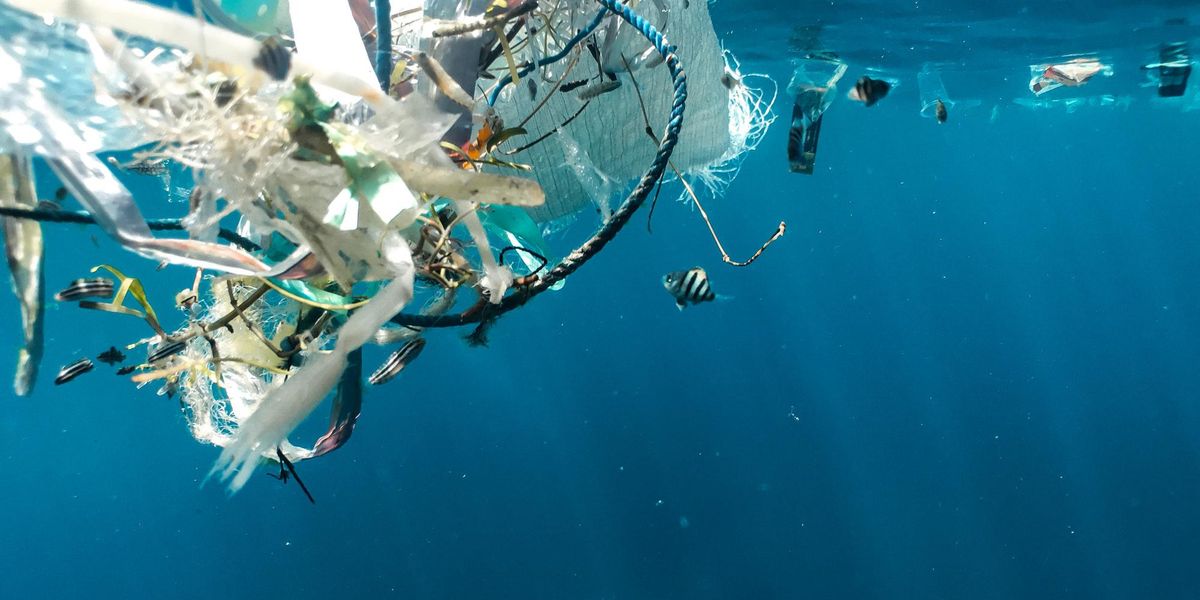 One of the world's biggest contributors to the plastic crisis has yet to pass meaningful federal regulation on plastic pollution, but a new bill may change that.

In recent years, countries across the globe have implemented laws to mitigate plastic production and pollution.In the past two years, both large developed nations like Australia and smaller developing countries like Sri Lanka and Belize have passed ambitious national laws to phase out a number of plastic products like bags, cutlery, and straws.

But the U.S., a leading producer and consumer of plastics, remains woefully behind, even as it stands as one of the world's biggest polluters. According to the Environmental Protection Agency, the country produced 35.7 million tons of plastic waste in 2018, more than 90% of which was either landfilled or burned. The U.S. ranks second in the world in total plastic waste generated per year, behind only China — though when measured per capita, the U.S. outpaces China. In 2019, the U.S. also opted not to join the United Nations' updated Basel Convention, a legally binding agreement aimed at preventing and minimizing plastic waste generation that was signed by about 180 other countries.

More than 90 countries have established (or have imminent plans to establish) either bans or fees on single-use plastic bags or other products, according to data from the non-profit ocean conservation organization Oceana. The U.S. is not one of them. Though Americans have been aware of plastic pollution as an environmental concern as early as the mid-20th century, U.S. action against plastics has been piecemeal — the federal government has left it up to individual cities, counties, and states to decide whether and how to regulate plastics.

The plastic problem is growing increasingly urgent. More than 1 million plastic bags are used every minute, with an average "working life" of only 15 minutes. Experts believe the ocean will contain one ton of plastic for every three tons of fish by 2025 and, by 2050, more plastics than fish (by weight).

Not only does the ocean (and all life reliant on it) suffer from plastic pollution, but human health is also at risk. Microplastics have well-documented impacts on human health, and have been found in 90% of bottled water and 83% of tap water. Our incessant plastic consumption is cultivated by "throwaway" culture, fueled by the plastic and oil and gas industries' efforts to sustain high plastics consumption while distracting people with recycling campaigns.

This story is also available in Spanish

However, a new proposed federal bill—the Break Free From Plastic Pollution Act—offers potential solutions, and could transform the U.S. from a hindrance to the global movement against plastics into a much-needed ally. Such federal action could help stop the fractured approach to tackling plastics in the U.S., and shift the burden from consumers to plastic manufacturers.

Advocates say even if the bill doesn't pass in full, its component parts, especially those that are more bipartisan, could likely peel off and be recycled into other legislation. For example, a part of the bill addressing plastic pellets, or "nurdles," has already broken off and become its own piece of potential legislation, the Plastic Pellet Free Waters Act.

The European Union passed a comprehensive directive a couple of years ago. (Credit: campact/flickr)

Other countries not only produce less plastic than the U.S., but they've also more successfully legislated against plastic pollution. The European Union passed a comprehensive directive a couple of years ago, for example, that requires member countries to ban a slew of single-use plastic products, collect plastic bottles for recycling and reuse, and label disposable plastic products appropriately, at minimum. Many countries are going beyond those requirements.

In Canada a federal ban on plastic bags, stir sticks, ringed beverage carriers, cutlery, straws, and food takeout containers made from hard-to-recycle plastics is set to take effect at the end of the year.

It's not just Western or "wealthier" nations who have successfully implemented measures against plastics. Dozens of countries across Africa, Asia, and Central and South America have legislation in place to quash the single-use plastic crisis.

Christy Leavitt, the U.S. Plastic Campaign Director at Oceana, told EHN that the EU directive is just one example for the U.S. to emulate. Oceana has surveyed countries around the world, taking inventory of the global anti-plastic legislation and assessing where the U.S. sits comparatively, and found progressive policies in many pockets of the world.

When countries across the globe with fewer resources than the U.S. successfully push out harmful plastic products, it gives the U.S. no excuse to be so behind, Leavitt added.

In the absence of national legislation in the U.S., local governments at the city, county, and state levels have regulated plastics. As a result, there is a diverse set of mandates and ordinances scattered across the country.

One paper in the Journal of Environmental Policy & Planning says that "as of August 2019, eight

U.S. states, 40 counties, and nearly 300 cities had adopted policies that, either through a ban, fee, or combination thereof, aim to reduce the consumption of single-use plastic bags."