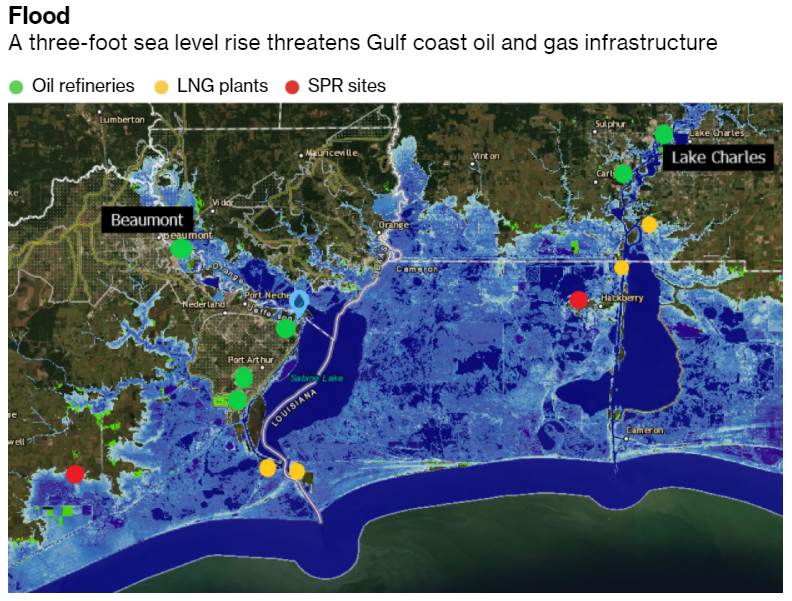 USA - The U.S. Needs a Gulf Coast Wall, Not a Mexico Border Wall

Rising sea levels and more frequent hurricanes are a much bigger threat to the country than immigrants.

The National Oceanic and Atmospheric Administration has an interactive map that estimates the impact of sea level changes on the U.S. coastline. It shows that even a modest rise of three feet will put at risk a huge area of coastal land along with plenty of oil and gas infrastructure, including refineries, LNG plants and export terminals.

That three-foot rise in sea levels would threaten two of the four sites for the Strategic Petroleum Reserve — the country’s emergency stockpile of crude for use in a supply disruption — along with four LNG export terminals on the Sabine Pass and Lake Calcasieu. Refineries in and around Beaumont, Texas and Lake Charles in Louisiana would also see much greater risk of flooding, as the map above illustrates.

Although the sites themselves might not be inundated right away, them could quickly become impossible to reach without a boat.