Coastwide
Most of the Black and brown people suffering greatest from climate change aren’t the ones most responsible for climate change.MSNBC; Getty Images 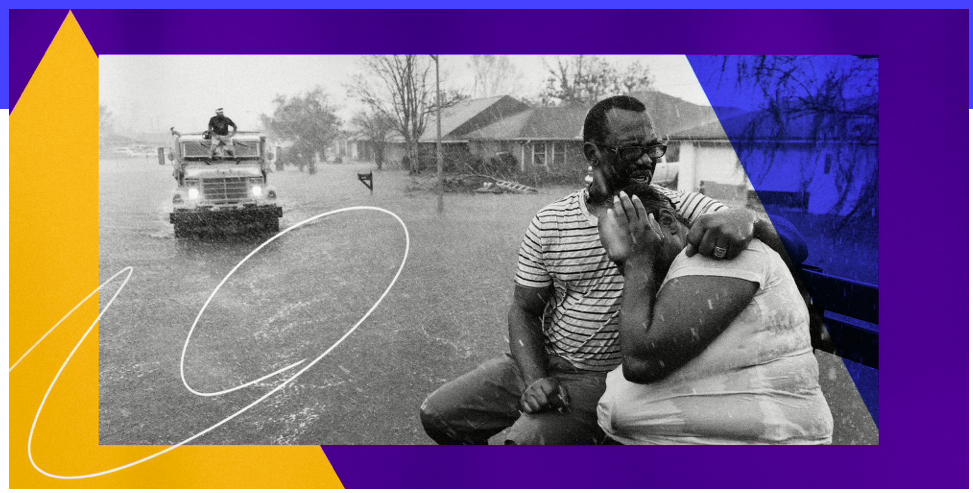 The U.S. has placed Black and brown communities at a disadvantage in fighting the climate crisis. That must be fixed.

Over the last several years, worsening and multiplying climate-related disasters — from wildfires to floods — have amplified demands for American lawmakers and power brokers to take steps to blunt the impacts of climate change.

And while images of devastation — most recently from Hurricane Ida— show all types of Americans are being forced to confront climate change in some fashion, stories from the ground in New Orleans reveal what we have long known: The climate calamity isn’t being felt equally.

Specifically, the differing outcomes for whites and nonwhites facing the onslaught of climate crises is increasing calls to address long-standing racial inequalities in housing and infrastructure.

The Internal Displacement Monitoring Centre, which keeps a global count of the number of people forced to move within their countries because of natural and human-made disasters, found that more than 1.7 million people in the U.S. were displaced by climate-related disasters last year alone.

A study published this year by the Urban Institute found that most of the displaced are people with low incomes and that a large number of them are nonwhite. That same study also found that the U.S. government routinely neglects responsibility for resettling those forced to move because of climate disasters.

“On rare occasions, communities have accessed FEMA funds to help meet perceived demands on city services after people have moved there because of a disaster or an environmental hazard, although these resources are short-lived,” the study found.