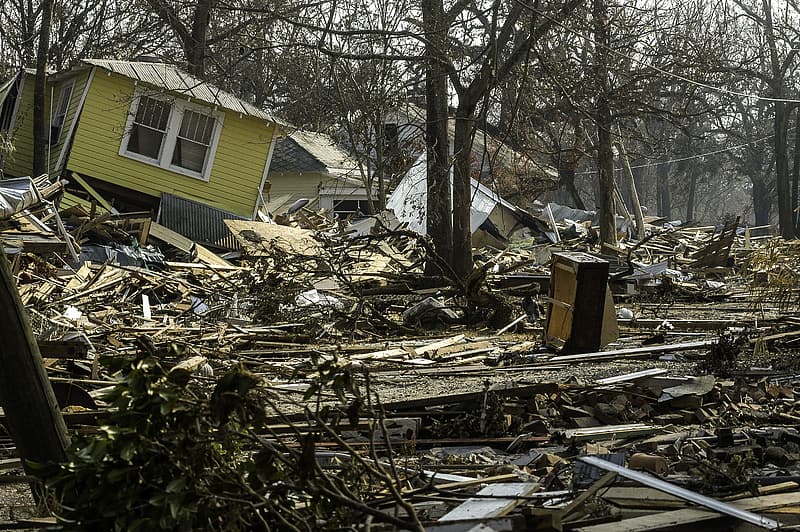 Hurricane Delta, the 25th named Atlantic storm of the 2020 hurricane season, made landfall in southwest Louisiana in almost the exact same place Hurricane Laura swept through just weeks ago.

This is the heart of the petrochemical industry in the U.S., where clusters of industrial facilities dot the landscape. As protests around the country have drawn attention to Black people being killed by police violence again and again, violence of pollution and climate disaster plagues these same communities.

Over 48% of Lake Charles’s residents are Black people. Since Katrina made landfall 15 years ago, devastating Black communities in particular, the country has seen waves of disasters amplifying existing inequality. In 2017, when Hurricane Harvey struck southeast Texas, the residents of Houston, a city with no zoning and hazardous facilities on top of each other in Black and brown neighborhoods, literally swam in a toxic soup of air and water pollution released from dozens of facilities and waste sites in the region.

In West Louisville, near the same neighborhood where Breonna Taylor was killed by police officers in her home, residents are fighting not just police brutality, but also the long-term violence of pollution. Louisville ranks number one for poor air quality among hundreds of mid-sized cities in the U.S.

West Louisville, where more than 80% of the population is Black and median household income is $21,700, houses 56 toxic facilities and bears the brunt of 80% of Louisville’s pollution. In the Rubbertown industrial zone just a few minutes away from Taylor’s home, residents live about 12.5 years less than do residents of Louisville’s most affluent white neighborhoods.