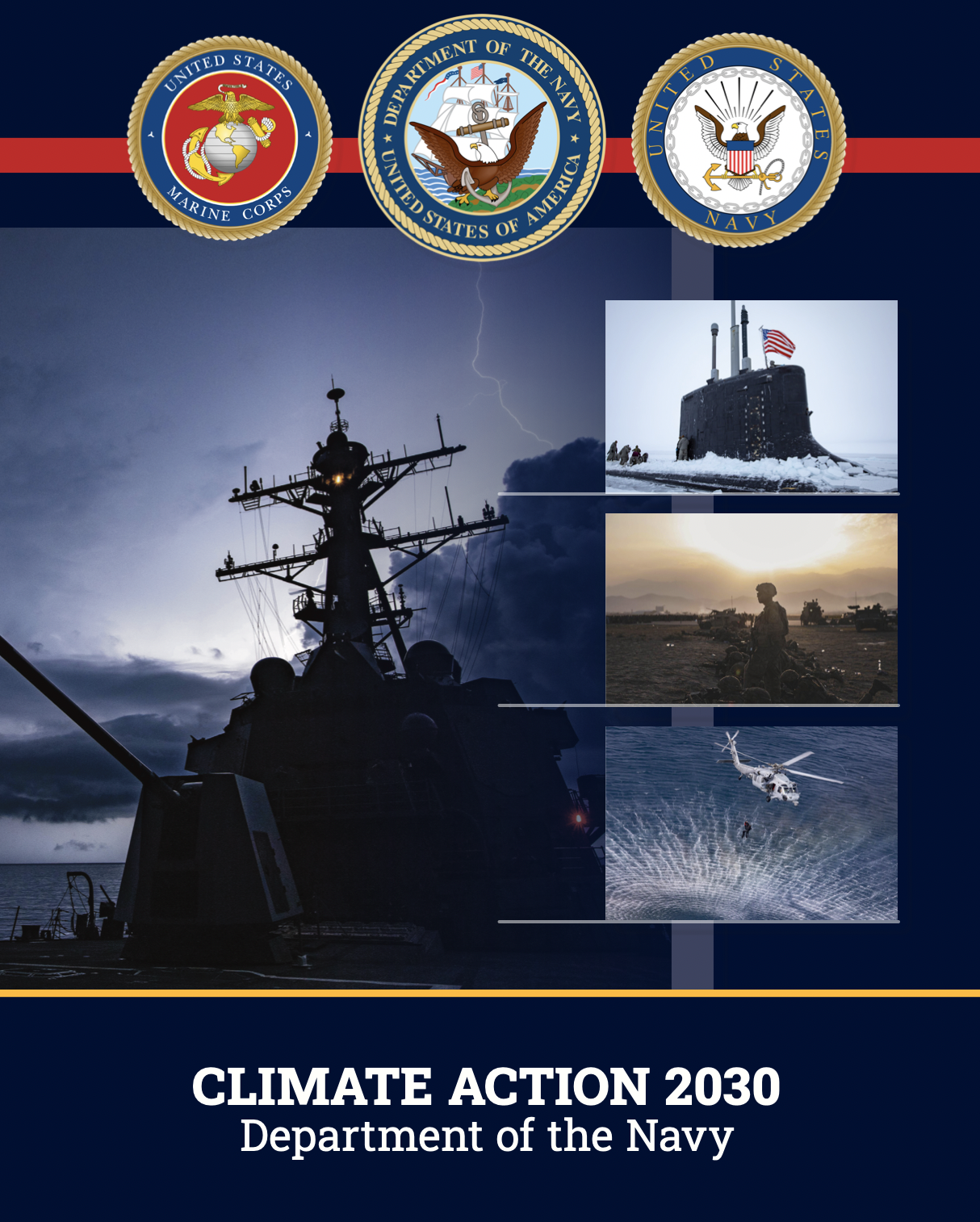 That criticism would be justified if mitigating climate change was a naval warfare mission, but it’s not. The plan should be looked at through a warfighting and readiness lens. From that perspective, the plan should include performance targets for climate resilience and adaptation. Such targets would involve preparedness for severe weather, flooding and temperature extremes. These are the climate events that impact operations and installations, and the plan falls short of directly addressing them.

The Navy’s plan also details its alignment with the Department of Defense (DOD) Climate Adaptation Plan. Both are absent of any action that directly enables the Navy’s warfighting mission.  Instead, the emphasis is on climate considerations in the budget process, alternative energy, emissions reductions and natural infrastructure. These are fine for addressing the long-term challenges posed by climate change, but the Navy needs other, immediate climate solutions to increase its combat effectiveness and readiness.

First off, the Navy should expand its use of ocean and atmosphere observing systems. The Navy has shown leadership in this area with the Naval Meteorology and Oceanography Command’s fleet of undersea glider drones. For defense meteorological satellites, however, the Navy relies on the U.S. Air Force, whose track record has been weak. Only after the National Oceanic and Atmospheric Administration (NOAA) transferred a spare weather satellite to the DOD did it fill a prolonged gap in coverage over the Indian Ocean.

To safely and effectively conduct distributed, multi-domain operationsacross the globe, the Navy will need more data on climatic conditions in widely separated regions, including data-sparse locations such as the Arctic. The service can rapidly meet this need with commercial data purchases like those recently pursued by NOAA and the Air Force to leverage the space– and ocean-based observation systems increasingly available in the private sector.

Next on the list is to move the Navy’s predictive ocean and weather models to the commercial cloud. Accurate environmental predictions are foundational to climate preparedness, and these need to take a place of prominence in the Navy climate plan.

For Navy models to fully leverage the surge in data that new observing systems are creating, the Navy needs to expand its high-performance computing (HPC) capability in the same way that NOAA is doing with the agency’s Earth Prediction Innovation Center (EPIC). NOAA initiated EPIC to regain and maintain international leadership in numerical weather prediction through a novel community-driven approach to accelerate cutting-edge research into operations. An integral part of EPIC will be transitioning to cloud-based HPC . The DOD has been exploring cloud-based HPC, and now is the time for the Navy to move first and show leadership in this critical component of climate resilience.

Lastly, the Navy should direct every operational unit and installation to adopt the use of tailored, ocean, weather and climate decision support tools. Since before World War II, the Navy has relied on a small cadre of meteorological and oceanographic (METOC) officers and enlisted Aerographer’s Mates to provide observation and forecast products to the entire Navy. While highly competent and professional, these sailors lack the resources to tailor their service to every ship, submarine, aircraft, expeditionary unit, SEAL Team and installation. Only recently have technology solutions been developed to fill this gap, with examples including automated route optimization apps, geospatial dashboardsfeaturing insights and alerts, as well as modern applications programming interfaces (APIs) that allow individual users to specify their location, activity, platform and timeline for exactly what they will do and when. The Navy Meteorology and Oceanography Command should set the standards and terms of use for these tools, while providing the training needed to make the entire Navy climate resilient.

The Navy climate plan states that climate change is an existential threat. Well before the impacts of climate threaten our existence, the U.S. Navy must mount a credible deterrence to China in the Western Pacific and be prepared to effectively respond to Russian aggression against NATO in the Black and Baltic Seas. Throughout the history of warfare, superior knowledge of the environment has proven decisive in the air, on land and on and under the sea.

Mindful of Chinese strategist Sun-Tzu’s acknowledgment that knowing the weather will assure complete victory, we can be certain that China understands this. Conversely, Russia’s failure to consider the impact of weather on air-search radar likely contributed to Ukraine’s successful sinking of the Black Sea Fleet Flagship Moskva. Ukraine also wisely destroyed a dam to release 15 feet of flooding in the Irpin River to stall a Russian advance during the Battle of Kyiv. To prevail in this increasingly unstable global stage, the Navy would be wise to learn from these examples and keep a weather eye in its climate action plan.

Rear Admiral (ret.) Tim Gallaudet, Ph.D., is a former acting undersecretary and assistant secretary of commerce, acting and deputy administrator of NOAA, Director of the U.S. Navy’s Task Force Climate Change and Task Force Ocean, and Commander of the Naval Meteorology and Oceanography Command. He is the CEO of Ocean STL Consulting, LLC and advises companies, nonprofits as well as research organizations on ocean, weather, climate, space and environmental innovation.