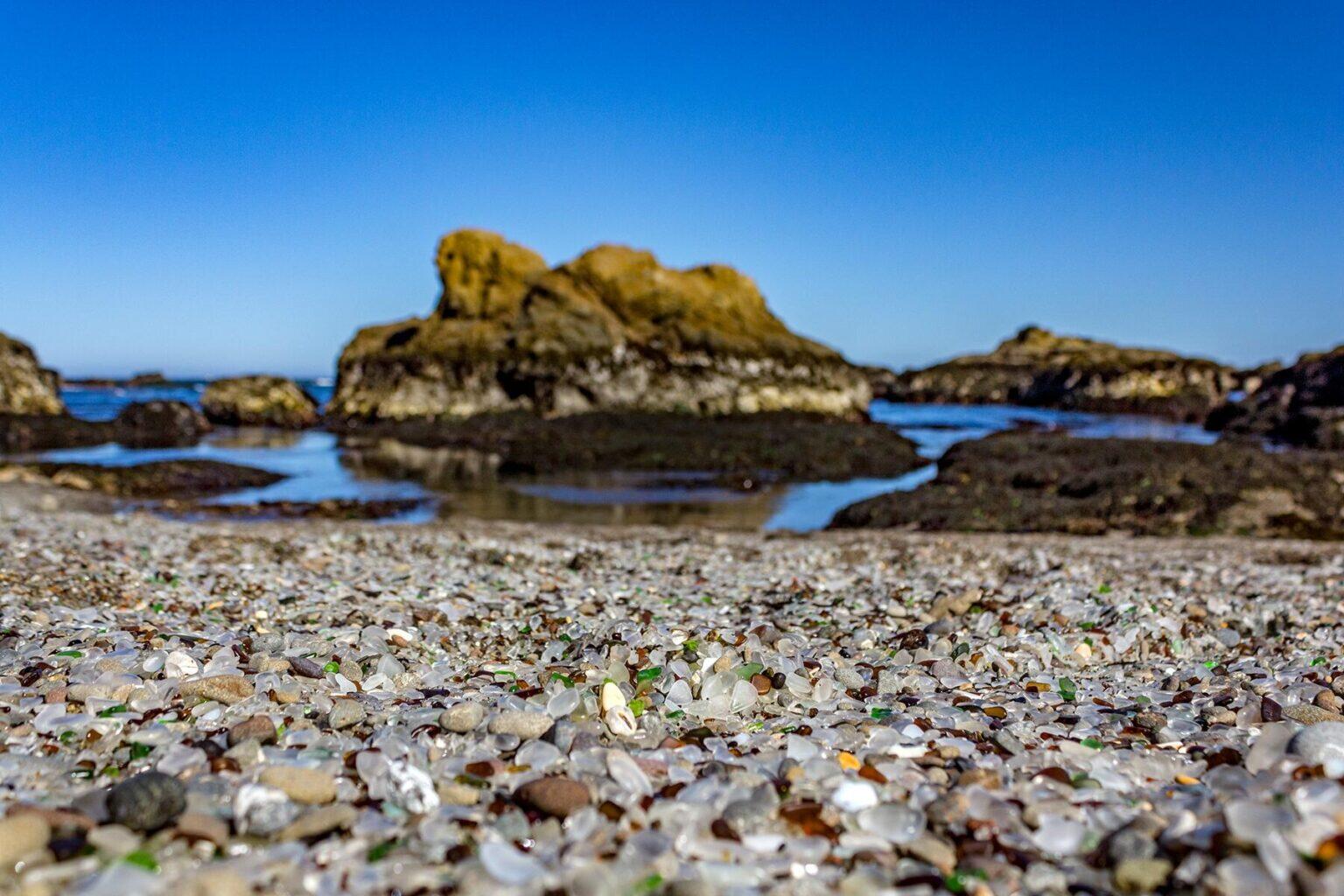 USA - The Most Colorful Beaches in the United States of America

Every hue of the rainbow can be found scattered across America's shorelines.

Although travelers typically daydream of soft, brightly-colored sand beaches for a relaxing escape, there are actually an impressive variety of sands with unique colors to explore, right here in the U.S.

From Hawaii’s green, red, and black sands, to California’s purple shores—and yes, even over to Florida’s crystalline white dunes, here are ten of the most unique beach hues of the U.S. and Puerto Rico that truly stand out against traditional coastline colors.

There are three glass beaches in Fort Bragg, the largest and most well-known of which is located in MacKerricher State Park. All of these rainbow beaches are actually former city trash dump sites now turned into modern natural art exhibits. For more than 60 years from 1906 to 1967 rubbish in this seaside city was simply tossed into the ocean. It’s important not to take the glass because as people have taken pieces over the years, it’s slowly diminished. After visiting the beach, grab a bite at the women-founded, owned, and (princess) operated Princess Seafood restaurant, at Noyo Harbor. Spend the night at the historic Noyo Harbor Inn,set in a secluded spot above the Noyo River which is just two miles from the beach and offers views of the forest, river, and harbor.

Getting to the purple sands of Big Sur’s Pfeiffer Beach is well worth the effort. To reach the beach heading south down Highway 1, take the second road after Pfeiffer State Park on the right. After the rain is by far the best time to see these sand’s beautiful violet hues, but don’t fret—pockets of the purple can be found at most other times, too. This purple sand color is said to be the result of manganese garnet deposits that are washing down onto the beach from neighboring hillsides. While at Pfeiffer, be sure to check out other iconic sights such as the majestic Keyhole Arch and the beautiful coastal bluffs. After hiking and exploring the land, spend the night at nearby Alila Ventana Big Sur, an iconic Big Sur property perched on the coastline in the heart of the region overlooking the pacific.