Coastwide
According to the American Society of Civil Engineers 2021 report card, more than 7% of US bridges are considered structurally unsound. (Photo: Thomas Hawk, Flickr, CC BY-NC 2.0) 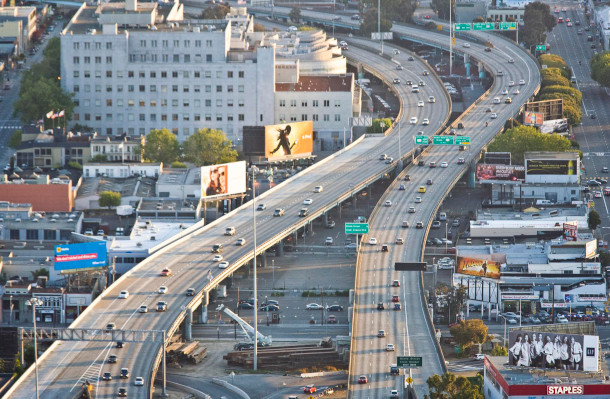 US - The Long and Winding Road to Green Infrastructure

The $1.2 trillion bipartisan infrastructure bill includes some green measures to address and invest in crumbling American infrastructure. But climate and environmental justice advocates say much more is needed now from a much larger budget reconciliation package that’s in the works.

Rachel Cleetus of the Union of Concerned Scientists joins Host Paloma Beltran to discuss where the bipartisan bill falls short on green investments and what’s needed in the budget reconciliation bill.

The Senate recently passed a 1.2 trillion dollar bipartisan infrastructure bill. That’s a lot of money but roughly half of what experts say is necessary to bring US infrastructure to where it should be. As it is, the American Society of Civil Engineers gave US infrastructure a grade of C-. According to their 2021 report card more than 7% of US bridges are considered structurally unsound. 40 percent of our roads are poor or mediocre, and we waste roughly 6 billion gallons of treated water each day due to breaks and leaks. The infrastructure bill promises to address many such problems - and is now heading to the Democratically controlled House of Representatives. At the same time, Democrats are working on a 3.5 trillion dollar budget reconciliation bill. That bill would go even further with green infrastructure and aligns with the administration’s Justice40 program. That’s the goal of delivering 40 percent of the benefits of federal investments in climate and energy to disadvantaged communities. Rachel Cleetus is the policy director and lead economist in the climate and energy program at the Union of Concerned scientists. She joins me now with details from the infrastructure bill.

BELTRAN: So transportation is now the biggest single source of greenhouse gases in the United States and a key focus of the infrastructure package. How does the bill address are carbon-intensive transportation system?

CLEETUS: So the bill includes about $7.5 billion to build out a national network of electric vehicle charging stations. This is obviously a very important foundational piece to get our transportation sector to move towards a more electrified transportation sector and one where the electricity is coming from clean sources. There is some investments, about $5 billion worth of investments, in zero emission, clean buses, and 2.5 billion for ferries. But there's nowhere near enough, we need much, much more to actually move our transportation sector to a more electrified infrastructure, we need much more in the EV infrastructure, as well as in public transit. There is some public transit money, which is actually ironically, we have so far under invested in public transit in our nation, that this $39 billion worth of new investment in public transit is actually the single biggest investment that's been made. And it's still falling far short of what's needed. There is, of course, a lot of traditional investment in roads and bridges and highways. But these investments need to be more climate resilient, going forward, because we're seeing worsening climate impacts wash out roads and bridges. And that is not just a cost in infrastructure, but it can lead to business interruptions, and it has a huge economic and financial burden. So as we move forward, we have to be thinking in this holistic frame, both low carbon and climate resilient.