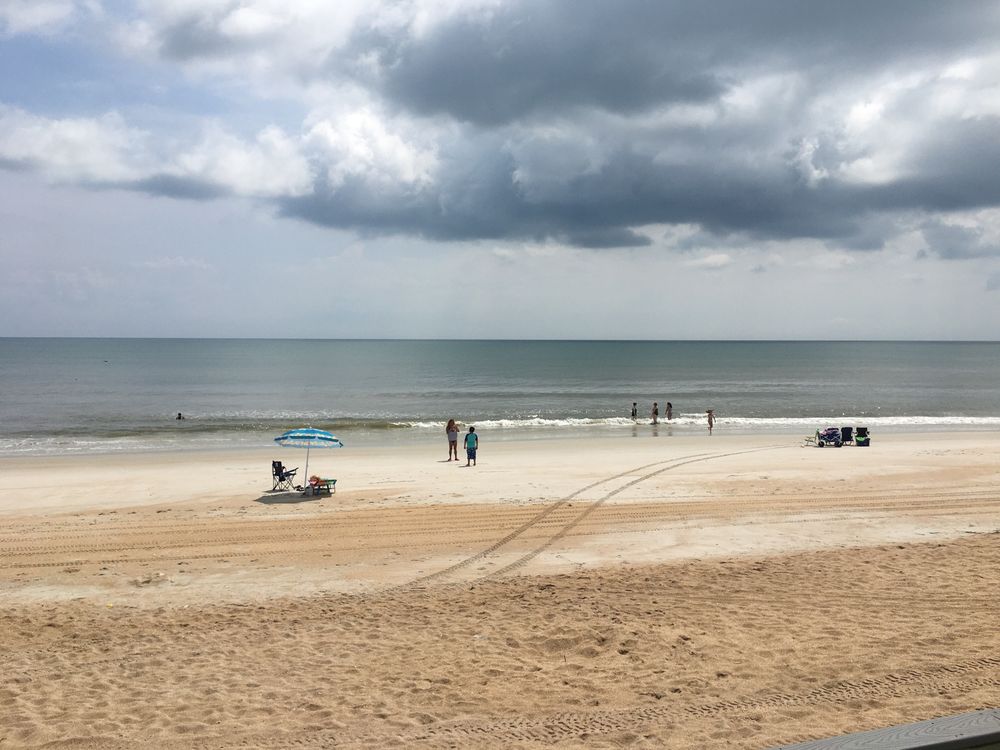 What happened to the vacation spots created by and for Black Americans in the mid-20th century.

The first time I visited Bethune Beach, a short, narrow stretch of prime Florida coastline wedged between the Atlantic Ocean and the Indian River east of Orlando, I stood near the historical marker honoring the beach’s founding by Mary McLeod Bethune and took a long look around. It was a warm day in late December — beach weather — and people were enjoying the white-sand shoreline, fewer than 50 yards away, as the ocean glistened in the sun. Yet something seemed amiss. I rotated slowly to take in the view from every direction, to be sure I hadn’t overlooked anything.

Bethune had started a school for Black girls in nearby Daytona in 1904. Armed with an unyielding will and an investment of $1.50, she built what is known today as Bethune-Cookman University.

Bethune was every bit as relentless in her efforts to create a local beach for Black people, who in Jim Crow Florida were excluded from public beaches except on the rarest occasions. If Black people could actually own a beach, she reasoned, they could enjoy a respite from the ritual humiliations and persistent threat of violence that shadowed their days. Bethune convinced a wealthy Florida developer in 1943 to sell her a two-and-a-half-mile strand in Volusia County, south of Daytona; it totaled 189.4 acres, with a mortgage of $132,000. Then she cajoled and browbeat a stable of wealthy Black men into becoming the first investors in the Bethune-Volusia Beach Corporation, founded in December 1945.

“For a long time the progressive citizens of America have recognized the strategic value of a beach resort on the Atlantic Coast owned and controlled by Negroes,” Bethune wrote. “Those of us who sincerely believe that recreation is essential to the good life should be encouraged to know that in the deep South great strides are being made.”

Despite Bethune’s efforts, development of Bethune Beach was slow and troubled. The postwar real-estate boom, like so many aspects of American life, was shaped by race. The G.I. bill subsidized housing, education and even business creation for qualified veterans. The most important qualification, however, seemed to be a veteran’s skin color. By 1950, the Federal Housing Administration and the Veterans Administration together insured half of all new home mortgages in the U.S. Each used race as a criterion not only for individual mortgages but also in the financing of entire subdivisions.

With the federal government undermining home ownership for Black citizens even as it subsidized it for millions of White citizens, the Bethune-Volusia Corporation began marketing lots on Bethune Beach not just in Florida and the Southeast but across the country. The pitch was two-fold: buying a lot was a good personal investment, and good for collective Black advancement, too.

Most of the tiny lots were sold on installment contracts. Buyers lacked the funds to purchase lots outright, let alone to attempt construction. For years, there was only one house completed in all of Bethune Beach. Yet Black visitors came nonetheless, piling in cars and buses to spend a day at the beach, then returning home by carefully plotted routes marked by Black restaurants and motels. On major holidays, hundreds, occasionally thousands, descended for cookouts, beauty contests, races and fun. As a few more homeowners built on their lots, they grew accustomed to taking in holiday guests. A granddaughter of original Bethune homesteaders told a researcher that her parents sometimes housed as many as 40 people overnight.