Coastwide
via Library of Congress 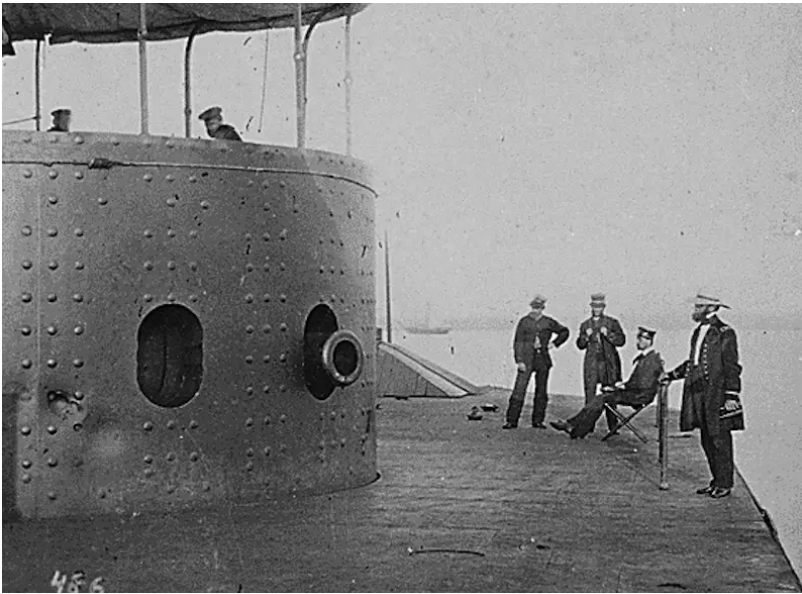 USA - The first battle between ironclad warships was a dud, but it changed naval warfare forever

The day before, on its maiden voyage, the Virginia achieved a shocking victory against the Union Navy's North Atlantic Blockading Squadron, sinking two ships and causing three more to run aground. Virginia's crew now planned to finish off the three ships and break the Union blockade of Norfolk.

But as Virginia approached, its crew noticed what looked like "an immense shingle floating on the water with a gigantic cheese box rising from its center."

It was the USS Monitor, a unique ironclad built hastily and specifically to deal with Virginia.

Once it was in range, Virginia fired at Monitor but missed, hitting Minnesota instead. Monitor, already charging forward, rotated its turret and returned fire. It was the first time in history that metal warships were facing off, and although it was an inconclusive battle, it changed naval warfare forever.

Making up for smaller numbers

Virginia wasn't always an ironclad. It was originally the 40-gun steam frigate USS Merrimack, commissioned in 1856. Merrimack was a sister ship of Minnesota and had sailed between the Caribbean and Europe before becoming flagship of the Pacific Squadron.

In 1860, Merrimack was brought to the Gosport Navy Yard (now the Norfolk Naval Shipyard), decommissioned, and slated for a refit, but that was prevented by the start of the Civil War and Virginia's secession in April 1861.