Coastwide
Homes that were sold by the Department of Housing and Urban Development between January 2017 and August 2020 are in federally designated flood zones at almost 75 times the rate of all homes sold nationwide in that period. New Jersey is one hot spot. Here, flooding from Tropical Storm Henri in Helmetta, N.J., this August. Anadolu Agency via Getty Images 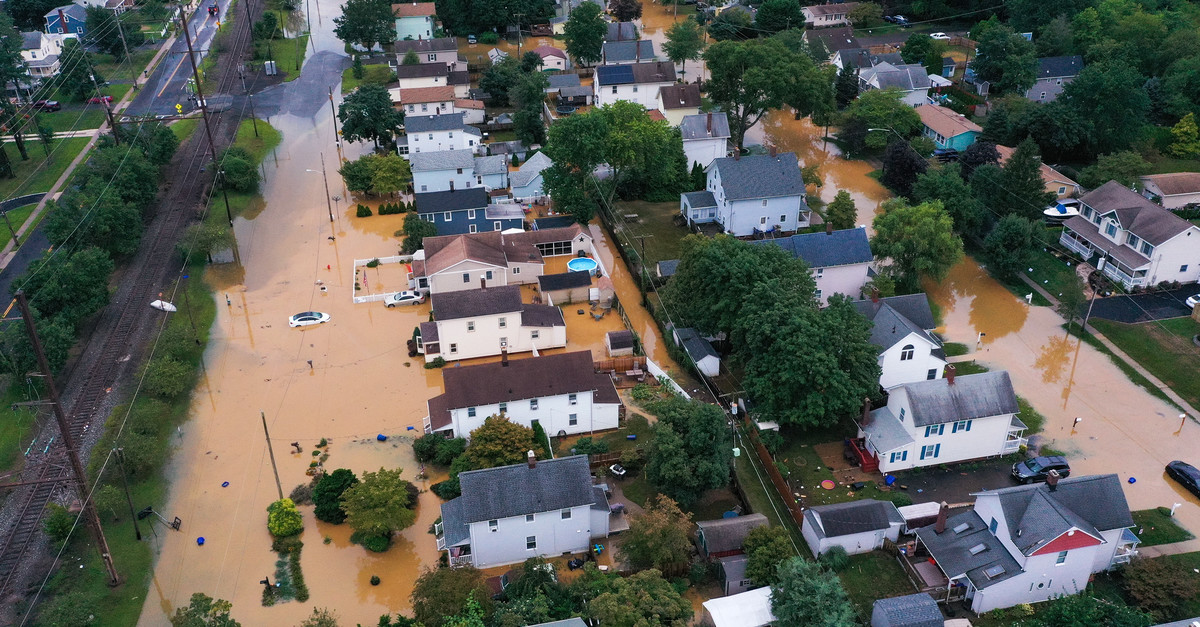 The first thing Larry McCanney fell in love with was the tree in the front yard. It cast shade on the porch of a house that, if he were honest, needed some work. But McCanney is handy, the price was right and the location was perfect, just a couple of miles from his childhood home in Burlington, N.J.

"We just kind of wanted to get our family started, and it was affordable for us," McCanney says. "I'm still paying college loans off 11 years later, [and] we wanted to ensure that we were purchasing a place that, should I lose my job or if [my wife] lost her job, we wouldn't be out of a house in two months' time."

There was one unexpected thing about the house: The seller was listed as the secretary of housing and urban development.

The homes that the Department of Housing and Urban Development (HUD) sells are foreclosures. The previous owner was unable to pay their federally insured mortgage, and the house was seized by a bank and turned over to HUD. Only a small percentage of foreclosed homes in the United States end up being sold by HUD, but the numbers add up. Between 2017 and 2020, HUD sold nearly 100,000 homes around the country.

Like McCanney, many buyers are first-time homeowners excited to find a house they can afford. There is a nationwide shortage of affordable homes, especially for low-income families. Providing safe, affordable housing is HUD's mission.

But an NPR investigation finds that the homes HUD sells are disproportionately located in flood-prone places, compared with Zillow records of all homes sold in the United States. The agency does not fully disclose the potential costs and dangers of living in harm's way, and some of these transactions have happened as local governments are buying out properties in the same areas to mitigate flood risk.

NPR analyzed tens of thousands of homes sold over a nearly four-year period and found that while HUD sells flood-prone homes in almost every state, a handful of states stand out as hot spots.