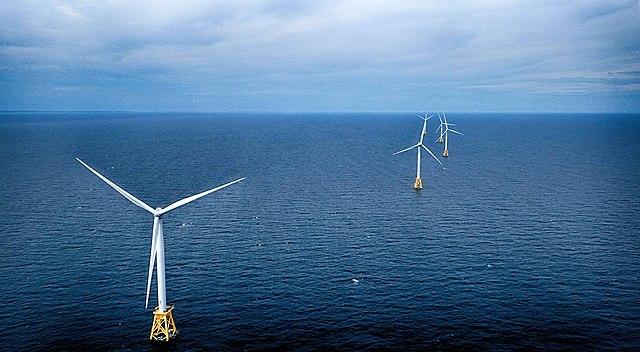 The Inflation Reduction Act of 2022 from the Senate Democrats creates historic investments in climate with tax credits, reforms, and other moves to reduce carbon emissions 40% by 2030. Reducing emissions is one of the most important things we can do for our ocean. NRDC supports this bill and Congress must pass it swiftly. As NRDC’s President and CEO, Manish Bapna, said,

"This provides strategic clean energy and justice investment to confront the climate crisis in a way that cuts energy costs for our families, makes our economy stronger and our country more secure."

For the oceans specifically, there are both wins and losses in the bill. Starting with the wins, if enacted, this bill would fund $2.6 billion dollars for coastal resilience and restoration. This means states and Tribal governments could get funding for the conservation, restoration, and protection of coastal and marine habitats (including fisheries) to help coastal communities prepare for extreme weather and climate impacts and to sustain communities who depend on marine resources. Beyond this, the bill funds investments in environmental review processes across agencies, including $20M for NOAA, invests in needed infrastructure including for the National Marine Sanctuary System and provides funding to the tune of $3 billion for port electrification. This bill would also provide for offshore wind leasing in the South Atlantic, which is excellent, similar to what the Biden administration announced the other week.

It can be no surprise, however, to anyone observing the process that the bill has compromises and tradeoffs. Some of the most significant targeted the oceans, including their role as part of the solution to climate change. The bill reinstates Lease Sale 257 in the Gulf of Mexico, the largest offshore oil and gas lease sale in history and requires two more offshore oil and gas lease sales this year - one in the Gulf and one in Cook Inlet, Alaska. Plus another lease sale in the Gulf before next September. These lease sales were all part of the Obama-era five-year program that expired in June.

Reviving these old offshore leasing plans places a grossly unfair burden on these coastal communities, particularly in the Gulf South where communities have long suffered the consequences of the fossil fuel industry. Fossil fuel companies already lease almost 11 million acres of public ocean for oil and gas development, but only drill on a quarter of that area. There’s so much oil in areas already leased that industry can sustain high production levels well into the 2030s, at which point demand will be in steep decline due to conservation mandates. And oil from new leases doesn’t hit the market for at least ten years, so any lease sales issued now would have zero impact on current high oil prices.

The solution to our energy needs must be to transform our oceans from the site of polluting energy production to responsibly-sited and -operated renewables. The bill will actually make this critical transformation to clean ocean energy slower and more difficult. The bill’s language, for the next ten years, prohibits the Secretary of Interior from issuing a lease for offshore wind unless, over the previous year, she has held one or more offshore oil and gas lease sales involving no less than 60 million acres. It is perverse, to say the least, to see federal renewable energy development—which has accelerated under the Biden administration—become intertwined with new, aggressive oil and gas leasing mandates. It makes no sense to tie renewable energy development to increased oil and gas leasing that locks in the continued use of fossil fuels for decades. The bill also caps royalty rates at 18.75% for the next ten years, which is below market rate, and unfair to taxpayers in whose name the government holds these public waters.

Any new oil and gas leasing is a problem, although one that must be seen in the context of a sweeping and historic agreement on climate that must pass quickly. Locking ourselves into future dirty offshore drilling appears to be a bitter pill the country will need to swallow in order to effectively fight the climate crisis now.  There's more work to be done and we will take all measures that we can to accelerate the transition to clean energy and transition away from fossil fuels; and as Manish Bapna put it "There's urgent work ahead to ensure a just and climate-safe future. This bill is a giant step forward."