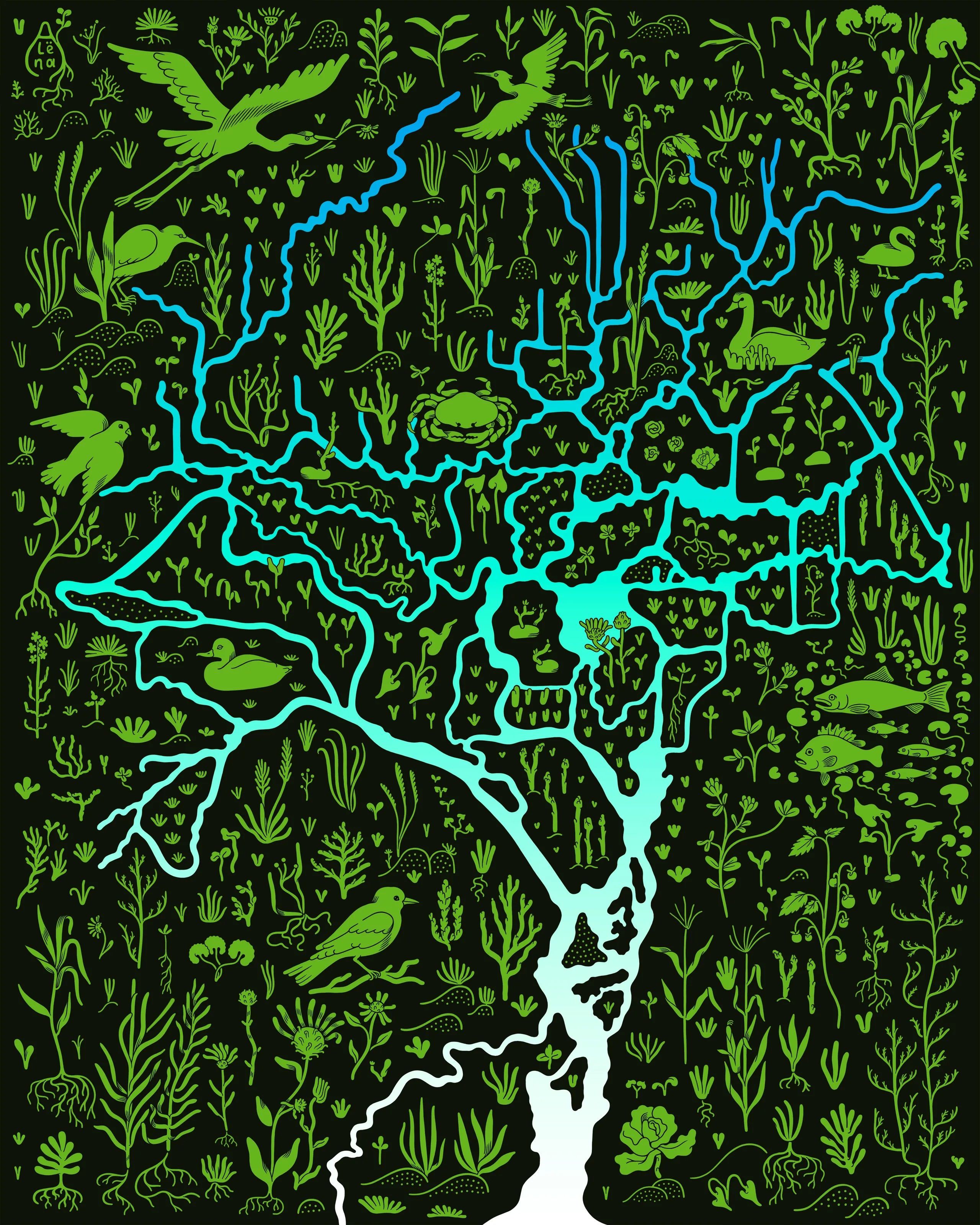 USA - The Biggest Potential Water Disaster in the United States

In California, millions of residents and thousands of farmers depend on the Bay-Delta for fresh water—but they can’t agree on how to protect it.

The Sacramento is California’s largest river. It arises near the lower slopes of Mt. Shasta, in the northernmost part of the state, and runs some four hundred miles south, draining the upper corridor of the Central Valley, bending through downtown Sacramento, and, eventually, reaching the Pacific Ocean, by way of the San Francisco Bay and the Golden Gate Bridge. Erik Vink, the executive director of the Delta Protection Commission, a state conservation agency, described the Sacramento to me as “California’s first superhighway.” By the eighteen-fifties, daily steamboats ferried passengers between San Francisco and Sacramento in as little as six hours. Travellers now mostly use I-80 to cover the same ninety miles, and oceangoing ships bound for the Port of West Sacramento finish their trip in a deepwater canal built sixty years ago by the Army Corps of Engineers. But the Sacramento is still important: it and its tributaries make up the state’s single largest source of fresh surface water. Most precipitation in California falls in the north, while the biggest users, including all the major metropolitan areas and the immense farms of the San Joaquin Valley, are farther south. Devising ways to move water from wet places to dry places has been the labor of generations. During the past century and a half, miners, farmers, politicians, engineers, conservationists, and schemers of all kinds have worked—together and against one another—to create one of the most complex water-shifting systems in the world.

In mid-February, I ate lunch at Bethany Reservoir State Recreation Area, a ninety-minute drive south of Sacramento, with Jay Lund, who is a co-director of the Center for Watershed Sciences at the University of California, Davis, and Peter Moyle, an emeritus professor at the same university. Lund is in his sixties, and Moyle is almost eighty. Spring was well under way—on our drive to Bethany, we’d passed hundreds of acres of blossoming almond trees with neat stacks of beehives spaced at intervals along the rows, for pollination—but the weather was still cool enough for jackets. Before we ate our sandwiches, Lund unrolled a laminated sheet on top of our picnic table. The sheet was three feet wide and so long that one end drooped almost to the ground. Its surface was covered with lines, arrows, symbols, and small blocks of text—a maze-like network that could have passed for the wiring diagram of a nuclear power plant. In fact, Lund explained, it was a schematic of the state’s water infrastructure, the inflows and outflows, both natural and man-made.

Near the middle of the picnic table, maybe three feet from the edge that represented the Oregon border, was a small label indicating “The Delta.” It marked what Lund described as the most important element of California’s plumbing: an expanse of some seven hundred thousand acres, east of the Bay Area, formed by the confluence of several rivers, the largest of which are the Sacramento and the San Joaquin. For tens of millions of Californians, the Delta—which is also known as the Sacramento-San Joaquin Delta, the Bay-Delta, and the California Delta—serves as a hydrological hub. “The Delta ties everything together,” Lund said. All the fresh water that farms and cities in the south import from the north comes from it. Not far from our picnic table, large pumping stations were sending Delta water to other parts of the state.

In 2014, while I was researching an article and a book about the Colorado River, I interviewed Pat Mulroy, who had recently retired as the general manager of the Southern Nevada Water Authority and had just become a fellow at the University of Nevada’s law school. She surprised me by saying that the condition of the Delta—which lies several hundred miles outside the Colorado’s watershed and which I’d only just heard of—posed as grave a threat to the Colorado’s long-term stability as the shockingly low water levels I’d seen in its two largest reservoirs, Lake Powell and Lake Mead.