Pacific Northwest
PNNL biologists have developed a more efficient way to estimate salmon survival through dams that uses solid science and saves over 42 percent of the cost—over $500,000 in a recent study. Donald Jorgensen / PNNL 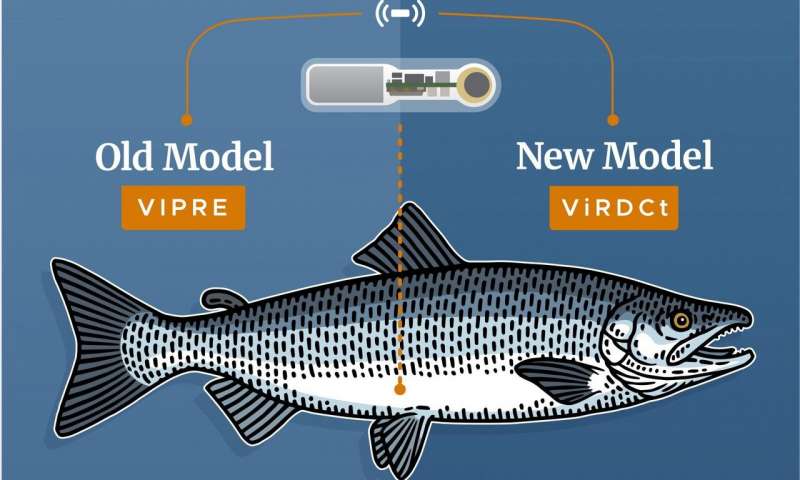 Federal agencies required a minimum criteria of 96 percent of spring-migrating and 93 percent of summer-migrating juvenile salmon had to survive passage over Lower Granite Dam, located in southeastern Washington.

Because it's impossible to count each fish, scientists rely on mathematical models. These models rely on tracking a sub-sample of salmon that is designed to represent the larger population. However, traditional models have been expensive and time consuming.

Ryan Harnish, a PNNL biologist, and his team developed a new model that is a cheaper, yet accurate way to estimate salmon survival. This new model is more efficient—cutting costs nearly in half and research time by nearly a quarter—compared to the previous model. With increased efficiency and lower costs, this new model could be applied to other dams, and used by entities such as Columbia River utility companies that are required to monitor survival when conducting similar projects.

What do salmon need to survive?

Salmon have a rare ability to go from freshwater to saltwater and back again—a trait referred to as anadromy. Most fish live in either freshwater or saltwater. Few live in both. Adult salmon spawn in rivers and once juveniles hatch, the young fish head downstream to the ocean. On their journey, young salmon encounter many obstacles—dams, predators, and variable river conditions, to name a few.

PNNL researchers have studied ways to make the dam passage safer, including special water slides called weirs, and dam operations, including how much water is spilled and when. Behind the scenes of research lies a lot of math. Mathematical models help answer the question: how many salmon actually survive?