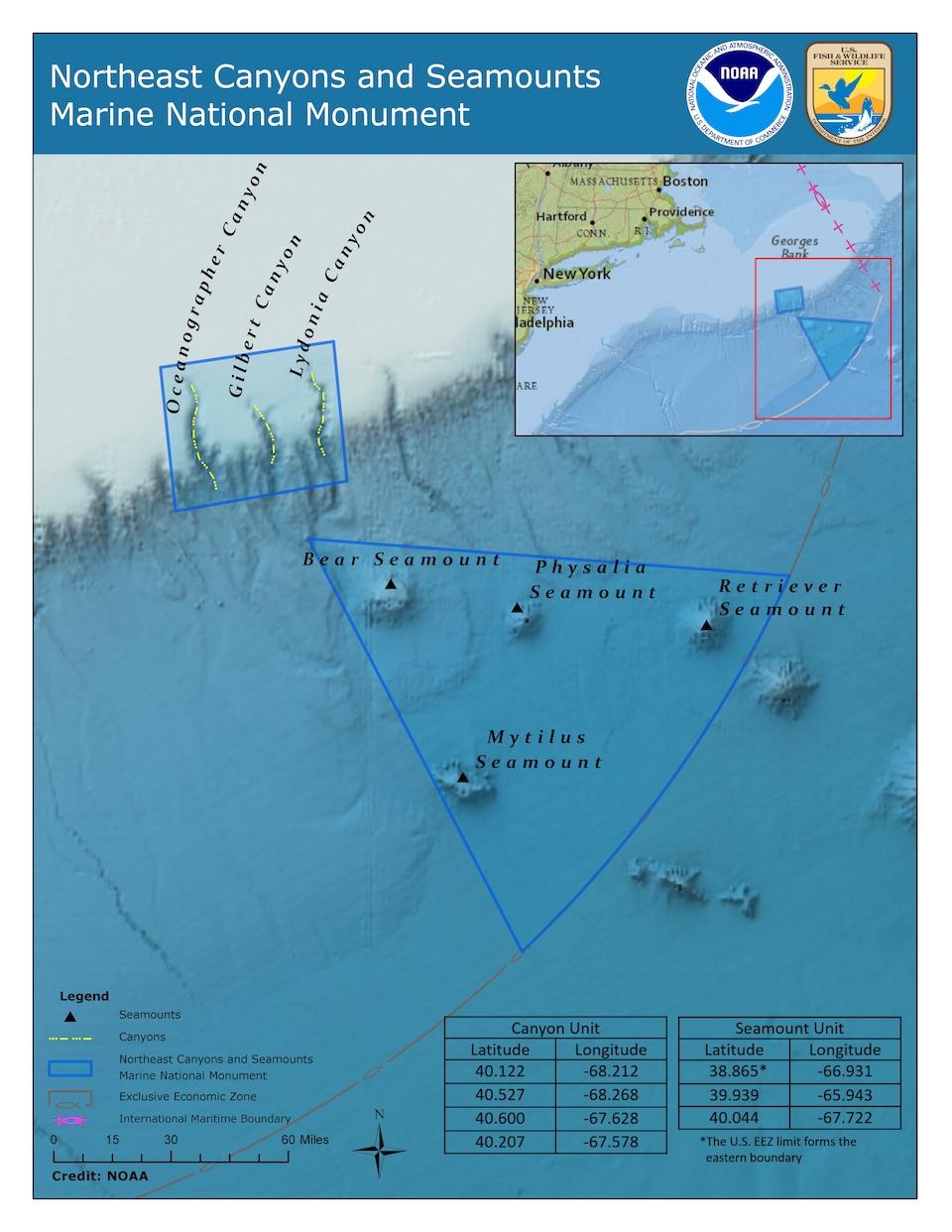 How big is too big for a national monument designated by a president? That has been an unanswerable question, legally, for some years, but a U.S. Supreme Court decision declining to hear a challenge to the designation of Northeast Canyons and Seamounts National Monument off the East Coast could move us closer to an answer.

When the Antiquities Act was signed into law in 1906, it gave presidents power to create national monuments "which in all cases shall be confined to the smallest area compatible with proper care and management of the objects to be protected..."

You can go back, at least, to 1996, when President Clinton designated the 1.9-million acre Grand Staircase-Escalante National Monument in southern Utah, to find arguments over what constitutes the "smallest area compatible."

That designation, of course, was met with an uproar from Utah's politicians and Congressional delegation, an uproar that wasn't quelled until President Trump in 2017 redrew the lines to substantially cut a combined 2 million acres from Grand Staircase and Bears Ears National Monument, also in Utah. At the time, Trump maintained that Presidents Clinton, who designated Grand Staircase-Escalante in 1996, and Obama, who established Bears Ears at the end of 2016, "severely abused the purpose, spirit, and intent of a century-old law known as the Antiquities Act."

While litigation continues to this day over whether Trump had the authority to shrink the monuments, another case that challenged the size of Northeast Canyons and Seamounts National Monument, which Obama designated in 2016, has been derailed by the Supreme Court's decision not to consider an appeal from a lower court that upheld the designation in 2019.