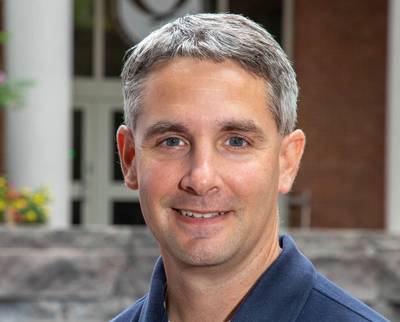 Steve Thur, Ph.D., a nationally recognized leader in coastal science and management, has been appointed by U.S. Secretary of Commerce Gina M. Raimondo as the assistant administrator for Oceanic and Atmospheric Research (NOAA Research).

He most recently served as the director of NOAA’s National Centers for Coastal Ocean Science (NCCOS).

In this capacity, Thur will serve as director of NOAA’s office primarily responsible for foundational research that is key to understanding our weather, climate and marine ecosystems. Thur will transition into the role in early October.

Thur comes to NOAA Research following nearly two decades at NOAA’s National Ocean Service, where he most recently served as the director of NOAA’s National Centers for Coastal Ocean Science (NCCOS). At NCCOS, Thur was responsible for overseeing the work of approximately 260 staff and the operations of four marine laboratories, with an annual budget of approximately $87 million focused on priority research areas of marine spatial ecology, environmental stressors and their impacts, change along our coasts and social science.

“A cornerstone of Steve’s career at NOAA is connecting the many important ways healthy coastal environments support vibrant communities and economies,” said Rick Spinrad, Ph.D., NOAA administrator. “His scientific perspective and record of action on diversity, equity, justice and inclusion will be crucial as we work together to build climate resilient communities across the country.”

Thur also served as acting director and deputy director of NCCOS from 2013–2017. Prior to NCCOS, he was the coordinator of NOAA’s Coral Reef Conservation Program, where he oversaw the development of the National Coral Reef Monitoring Program, the first nationwide effort to integrate physical, biological and human community monitoring. In this role, he served as the co-chair of the steering committee for the interagency U.S. Coral Reef Task Force. His first role with NOAA was as an economist with NOAA’s Office of Response and Restoration, where he worked on assessing damages to natural resources following oil spills, vessel groundings and chemical releases into the marine environment.

“Throughout my career I have partnered with NOAA Research labs and programs to address some of the most pressing challenges along our coasts, and I have been impressed with the ingenuity and passion of the staff,” said Thur. “With the impacts of climate change being felt across our country, the need for the credible and timely science provided by NOAA Research has never been greater. I am excited and humbled to be joining these dedicated professionals in service to the American public through science.”