Coastwide
Cars drives though flooded street in an Oklahoma neighborhood. via Wikimedia Commons 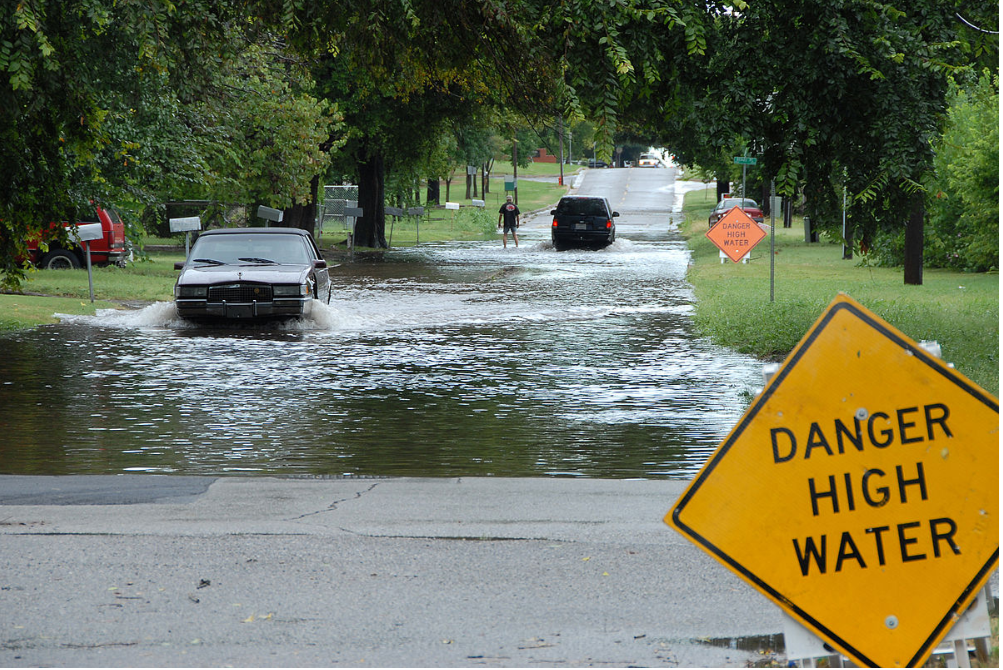 A handful of states are preparing to spend millions of dollars to address flooding, as extreme rain and sea level rise threaten communities along rivers and coastlines.

On July 1, Virginia’s new Community Flood Preparedness Fund went into effect. It will set aside an estimated $45 million a year for flood mitigation projects. To fund the program, Virginia joined the Regional Greenhouse Gas Initiative, which regulates emissions in the Northeast and mid-Atlantic by auctioning off emissions allowances.

In Texas, the state legislature created a nearly $800 million flood infrastructure fund that is currently reviewing its first round of applications from local governments.

“It’s very unique that states put their own money into this type of effort,” says Laura Lightbody, the director of the flood resiliency program at the Pew Charitable Trusts. “They typically just wait for something to happen and then just get money from the federal government.”