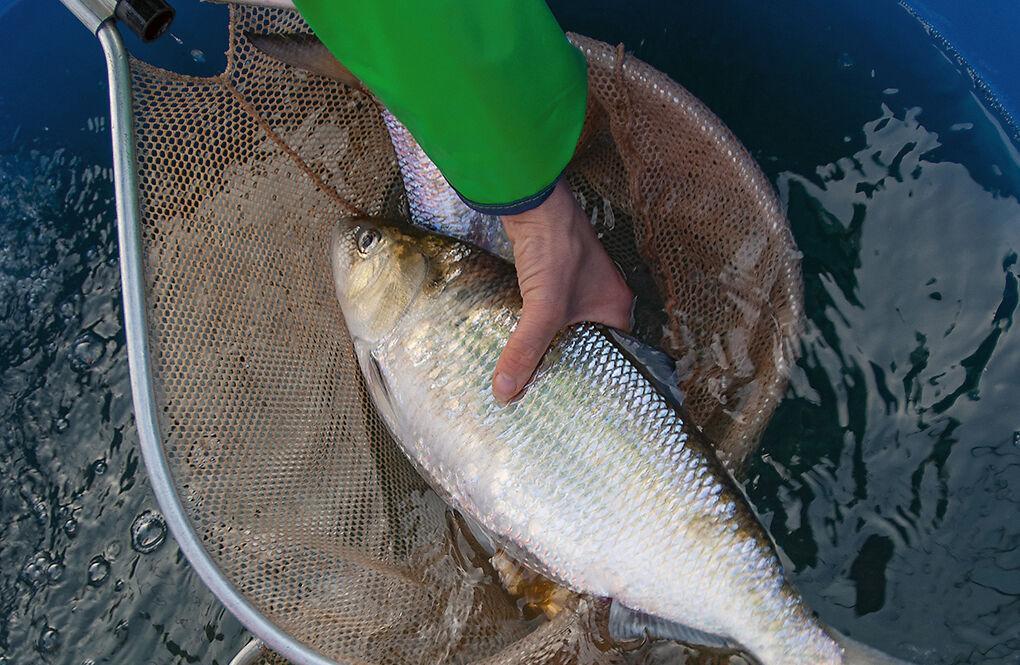 The American shad’s Atlantic population remains at a historic low, despite longstanding commercial fishing bans in several states and millions of dollars invested in restoring the fish’s habitat.

That sober news comes from the most comprehensive survey yet of the species’ status on the East Coast and the first of any kind in 13 years. The sprawling assessment by the Atlantic States Marine Fisheries Commission designates the shad population as “depleted” from Maine to Florida.

“There should be a lot more shad than there are out there,” said Michael Bailey, a U.S. Fish and Wildlife Service scientist and one of the assessment’s authors.

Once one of the largest commercial fisheries along the coast and around the Bay, shad catches have bottomed out at about 1% of their late-1800s levels. Although the shad fishery has all but disappeared in the Chesapeake, scientists contend that the species serves a critical ecological role in the estuary as a vital link in its food chain.

But shad are an anadromous species, meaning they spawn in freshwater rivers but spend most of their adult lives in the ocean before returning to their native river to reproduce when they are 4 or 5 years old. Because shad rely on so many different habitats, they face a barrage of challenges through all stages of life.

The species’ continued struggles are mostly blamed on the amount of potential habitat blocked by dam construction, a loss of about 40% of its historic range. But shad also face threats from climate change, polluted water, deadly run-ins with hydroelectric turbine blades and getting eaten by larger fish.