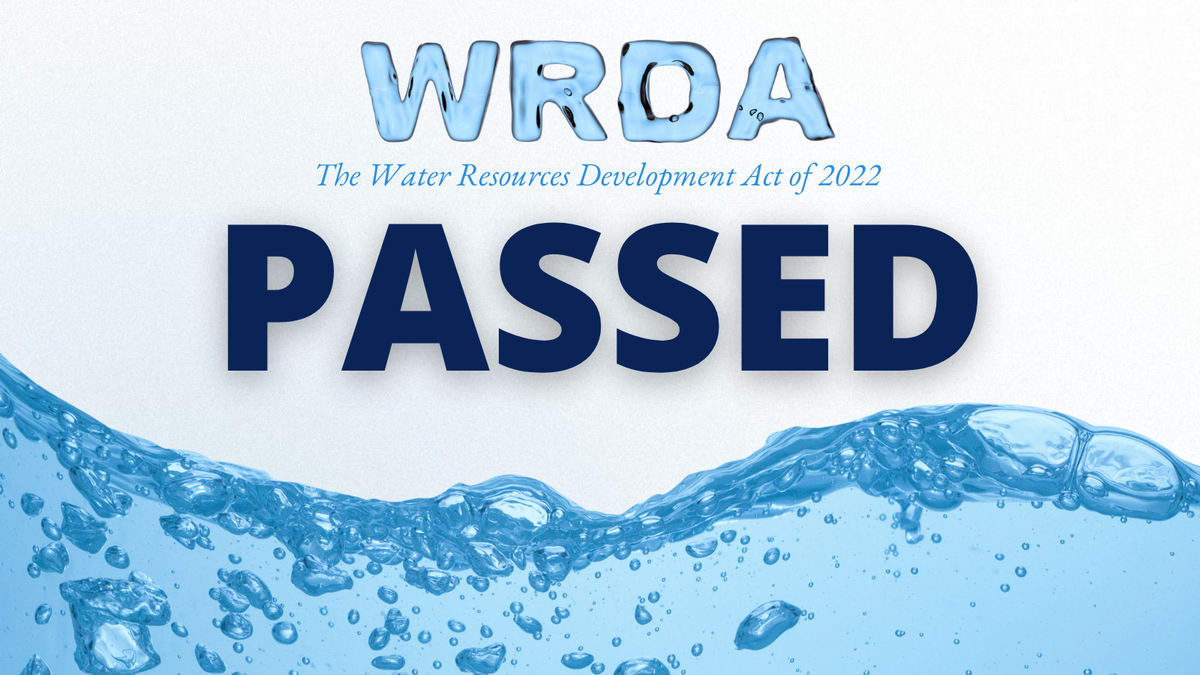 A massive new infrastructure funding measure is one step closer to enactment with Senate passage of legislation that authorizes $34 billion for 30 Army Corps of Engineers flood and hurricane protection, ecosystem restoration, dredging and other projects.

The 2022 Water Resources Development Act, or WRDA, which breezed through the Senate on July 28 by a 93-1 vote.

The next step will be to reconcile the Senate bill with the version that the House passed in June, a House Transportation and Infrastructure Committee aide told ENR.

The funding total is an ENR calculation for the new or modified Corps projects. When nonfederal funds are added, the Senate Environment and Public Works Committee estimates the total cost of the 30 projects at $55 billion. That compares with a $40-billion total cost for the bill version that the committee approved May 4. That bill authorized funds for 21 projects.

The WRDA measures authorize only the federal funds.

As with House and Senate versions of the legislation earlier this year, by far the largest single authorization in the Senate-passed bill is $19 billion for a wide-ranging multi-year flood protection project in coastal Texas. The project's total cost is estimated at $30.9 billion.

Leaders from both parties have stated a goal to continue their legislative streak, which started in 2014, of passing a WRDA bill every two years.

Michele Stanley, National Stone, Sand & Gravel Association vice president of government and regulatory affairs, said in a statement that the new bill provides "planning certainty and funding for projects over the next two years ... to supply the building materials needed to build these vital water infrastructure projects.”

One major caveat about the new WRDA is that authorized funding still is subject to annual appropriations, spanning multiple years. Annual Corps civil works appropriations have been strong but are still far short of $34 billion. As with past bills, the roster of project authorizations is the centerpiece and legislative engine for the new Senate measure.

They include an increase in the federal cost share for projects that draw on the Inland Waterways Trust Fund to 75%, from 65%; defining U.S. policy to specifically include protecting shorelines and riverbanks from harm caused by climate change; and authorizing dredging for harbors in underserved communities.