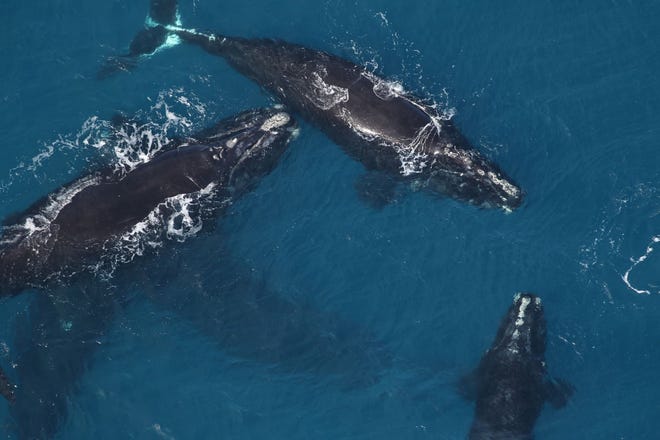 After years of advocacy and legal back-and-forth, environmental conservation groups are celebrating a victory: The government will prohibit the use of sonic blasts in the ocean this year, which could help save the lives of critically endangered North Atlantic right whales.

During an Oct. 1 conference, officials from the seismic blasting industry announced they won’t pursue efforts to employ seismic blasting to search for offshore oil, a move that dozens of environmentally-focused conservation groups and coastal communities, including New Smyrna Beach and Flagler County, have signed resolutions against.

According to Oceana, an international nonprofit advocacy group dedicated to protecting the ocean and its inhabitants, seismic blasting uses airguns, which release loud, pressurized blasts into the seafloor. Their echoes are measured with long tubes that can map out offshore oil and gas reserves.

It creates one of the loudest man-made sounds in the ocean and can harm or kill marine animals, from zooplankton to large whales — including the critically endangered right whale. And without Incidental Harassment Authorizations, year-long permits that allow developers to proceed with a project despite the possibility of harm to marine life, the seismic blasting industry can’t function.

Julie Albert, right whale coordinator for the Marine Resources Council, said this seems like a win for the endangered mammals.

“As far as right whales go, it’s been proven through measuring their stress hormones that noise does stress them out. So as far as I know, this is going to be a good thing,” she said. “I know a lot of people see damage done to marine species as a result of it, so I’d like to think that we’re not going to see that.”

Albert, who keeps a watch over right whale appearances in Florida, often in Volusia and Flagler counties, said there have been studies completed that show stressed right whales can have socialization and even birthing problems.

“This is a huge victory not just for us, but for every coastal community that loudly and persistently protested the possibility of seismic blasting,” said Catherine Wannamaker, a senior attorney at the Southern Environmental Law Center, in a news release. “There will be no boats in the water this year ... We’ll continue fighting to keep it that way.”