Mid-Atlantic
via The Weather Channel 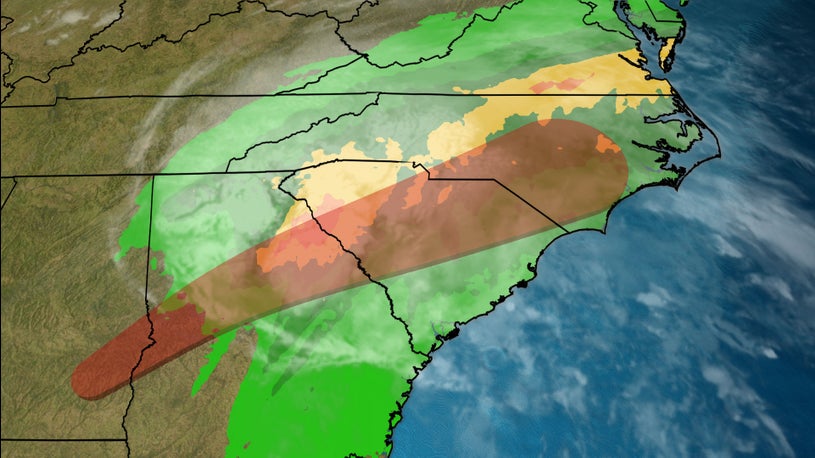 Sally will spread the threat of flooding rainfall well inland across the Southeast through early Friday.

Sally made landfall near Gulf Shores, Alabama, at 4:45 a.m. CDT Wednesday as a Category 2 hurricane with maximum sustained winds of 105 mph. It has since weakened to a tropical depression.‍

The center of Sally is about 50 miles southeast of Montgomery, Alabama. Sally is picking up forward speed and is weakening as it moves inland over the Deep South.

Flooding rainfall and gusty winds continue to pound parts of Georgia and is spreading into the Carolinas.

Gusty winds will continue this morning in parts of Georgia where the National Weather Service has issued wind advisories. Wind gusts over 30 mph have recently been reported in the Atlanta area.

Heavy rainfall has brought flooded streets to numerous areas in southeastern Alabama and parts of southern and central Georgia Wednesday into early Thursday.

The heaviest rain, however, was along parts of the Alabama coast and the western Florida Panhandle. The highest measured rainfall total so far is just over 24 inches at Pensacola Naval Air Station. Another estimated rainfall total of 30 inches was also reported near northwest Pensacola.