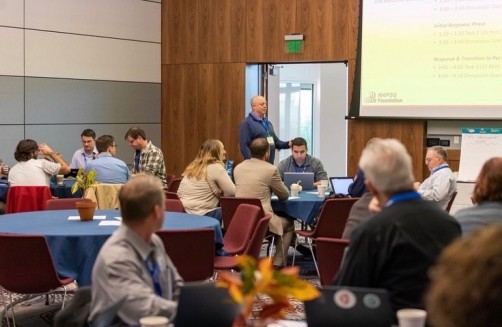 In early March, a series of large tornadoes touched down in Tennessee, killing 25 people and injuring more than 300. Later in the month, tornadoes also struck in Arkansas and several other states. Natural disasters such as these, along with manmade and technological disasters (e.g., oil spills, chemical spills and radiation leaks) can strike any community across the nation, resulting in devastation for survivors, businesses, critical infrastructure and the environment. To help communities prepare for such disasters and rebuild in the aftermath, the Department of Homeland Security (DHS) Science and Technology Directorate (S&T) partnered with the National Alliance for Public Safety GIS (Geospatial Information Services) Foundation (NAPSG) to convene experts from around the country to share best practices and identify practical solutions related to information sharing, geospatial technologies, and leadership.

For the fifth year in a row, S&T has teamed with NAPSG for the National Geospatial Preparedness Summit, now known as the Innovation Summit for Preparedness and Resilience, or InSPIRE. The 2019 InSPIRE event, held in Galveston, Texas, in November, brought together public safety practitioners and GIS professionals to build skills in developing and implementing GIS-based decision support tools, develop peer relationships, and validate skills and capabilities through workshops and exercises.

“InSPIRE is the evolution of a dialogue and collaboration that started in 2012 with the National Geospatial Preparedness Summit and has grown every year since. Our shared goal is to raise awareness among the emergency response community about new situational awareness technologies, tools and capabilities, and teach public safety and community stakeholders how to more effectively use them,” said David Alexander, DHS S&T Senior Science Advisor.

Thanks to practitioner feedback S&T and NAPSG received over the years, the strategy for collaboration and Summit offerings evolved to address the role that science, research and development play in enhancing public safety operations. The collaboration was specifically rebranded as InSPIRE in 2019 to emphasize the focus on big picture ideas and achievable, successful outcomes.