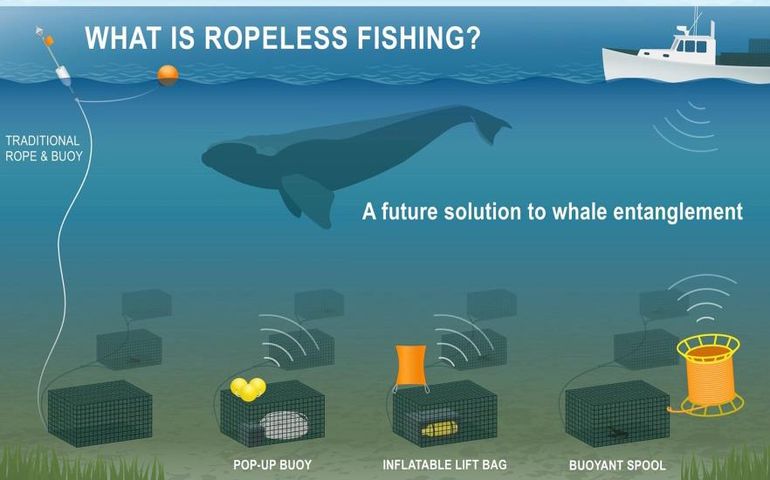 USA - Ropeless Fishing, Called 'Crazy' by Some, Could Be Real in Five Years

The possibility of hauling lobster traps from the ocean’s bottom by using an acoustic signal rather than a length of rope has been called crazy and viewed as impossibly expensive by many in the lobster industry.

But trials underway off the Massachusetts coast could be moving the impossible to the realm of reality, according to Sean Hayes, chief of the protected species branch at the Northeast Fisheries Science Center in Woods Hole, Mass.

Although the trials are in Massachusetts, Maine is the nation’s biggest lobster fishery, with over 100 million pounds landed last year.

Hayes presented an update on the technology to the New England Fishery Management Council at its virtual meeting in earlier this month.

Studies of the technology were launched in response to the decline of the endangered North Atlantic right whale, which migrates through U.S. and Canadian waters that also are lobstering grounds. Vessel collisions and fishing gear entanglements are considered the two leading causes of injury and death of the whales.

The center proposed a ropeless fishing technology program in late 2017 and began studying the options in 2018 using internal funding. In 2020, the center received $1 million in federal funds to accelerate the program, Hayes said.

The center has been working on the project with about 10 fishermen, most from Massachusetts.