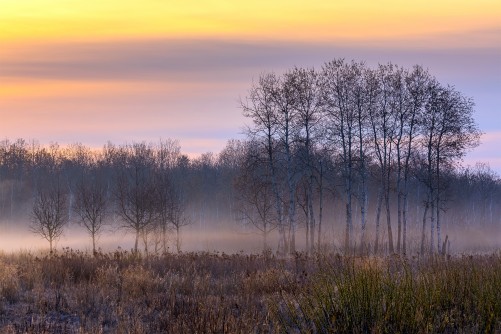 Newswise — Runoff from fertilizer and manure application in agricultural regions has led to high levels of nitrate in groundwater, rivers, and coastal areas. These high nitrate levels can threaten drinking water safety and also lead to problems with algal blooms and degradation of aquatic ecosystems.

Previous research has shown that wetlands improve water quality, but how much of an impact are wetlands having on nitrate removal now, and what improvements could wetland restoration deliver in the future?

Their study examines the positive effects of wetlands on water quality and the potential for using wetland restoration as a key strategy for improving water quality, particularly in the Mississippi River Basin and Gulf of Mexico regions.

The wetland essentially has a purifying effect when nitrate-laden water enters its boundaries. Chemical reactions take place that removes the harmful nitrate from the water, allowing for harmless nitrogen gas to be released into the atmosphere and cleaner water to flow downstream.

“Unfortunately, most wetlands that originally existed in the U.S. have been drained or destroyed to make way for agriculture or urban development. Ironically, areas with the biggest nitrate problems, due to agriculture and intensive use of nitrogen fertilizers, are also usually areas with the fewest numbers of remaining wetlands,” said Kimberly Van Meter, UIC assistant professor of earth and environmental sciences and co-lead author of the paper.‍