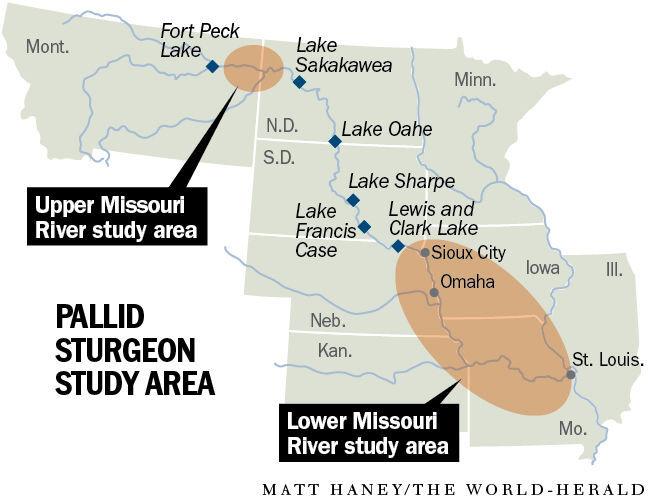 A new study of an endangered fish along the lower Missouri River paints a sobering picture of its future.

Pallid sturgeon are dying off at a much younger age than previously thought and are spawning a fraction of normal, according to the report this summer in Scientific Reports/Nature.

The study also confirms how inhospitable the reengineered lower Missouri River is to the pallid sturgeon’s health compared to the more naturally flowing portions of the upper river.

“This really affects how many fish we think are out there, and the number of times these fish would become reproductively ready,” said Kirk Steffensen, a fisheries biologist with Nebraska Game and Parks Commission who was one of the authors of the report.

For now, Steffensen said, it’s clear that maintaining the population will require stocking the river.

Protecting the fish from extinction is a politically, economically and emotionally charged issue given the competing interests along the river, notably farming and barge traffic.

Some farmers say protecting the pallid sturgeon will result in them losing land, while barge operators say the river needs to kept artificially narrower so that it will run deep enough to carry their loads.