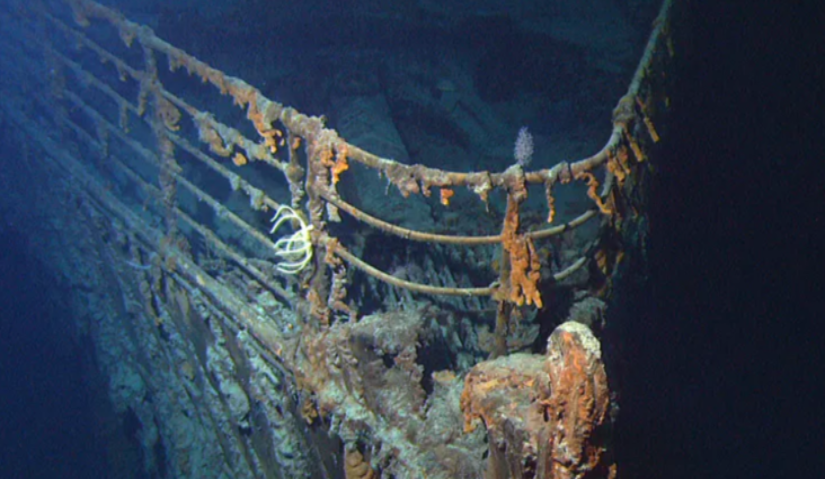 The RMS Titanic’s Marconi radio was last used to make distress calls from the north Atlantic after the ship struck an iceberg on April 14 1912. Should the ship's hull be cut to remove it?

Now the radio could become the target of a salvage operation after a private company was granted permission to recover the artefact from the wreck’s interior.

This recovery for profit is directly at odds with the ethics of modern archaeological practice. It also raises questions about legal protection for shipwrecks such as the Titanic and how we choose to value our shared cultural heritage.

A federal judge for the Virginia Eastern district in the US has ruled that RMS Titanic Inc., which owns salvage rights to the shipwreck, can retrieve the radio. This is despite the fact the operation may involve damage to the hull, much of which remains intact 12,500 feet (3,800 metres) underwater. This case reverses a previous ruling from 28 July 2000 that prevents damage to the ship in line with existing agreements.

This won’t be the first time items are salvaged from the shipwreck. Since the Titanic was located in 1985, there has been a battle to safeguard it. Even with international recognition of its historical and cultural importance, including through legislation, by 1987 over a thousand artefacts had been salvaged.

Listen to American Shoreline Podcast: The Law of the RMS Titanic with Ole Varmer: To Preserve or Exploit --

On this episode, Peter Ravella and Tyler Buckingham are joined by Ole Varmer, the recently retired NOAA attorney who garnered the nickname and reputation as the government's "shipwreck guy" for specializing in the law governing the historic preservation and salvage of shipwrecks.  On this show, we explore the particular case of the RMS Titanic, a wreck with such popular interest that it has caught the eye of the private salvage companies that seek to preserve and exploit the ship and its artifacts.  For more than 30 years, Ole played a leading role in the multi-lateral negotiation of the international agreements governing the Titanic, the implementing guidelines, and the federal litigation that continues to this day.   We discuss the fascinating laws and treaties that govern ship salvage and preservation, the future of the Titanic, and who controls culturally significant shipwrecks.  A very cool show from the deep dark waters of the Atlantic!