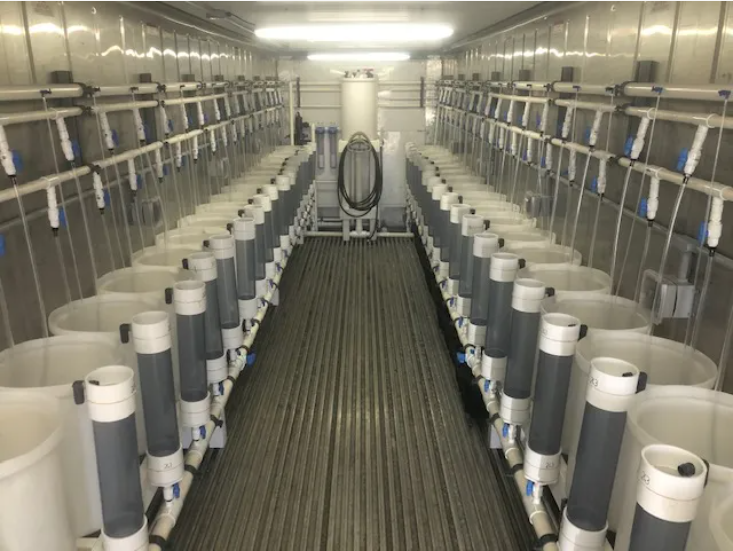 POMS is caused by a variant of a herpes-like virus that has devasted oyster culture in France, Australia and New Zealand and is considered an existential threat to US domestic production. Two years after its initial discovery on the US west coast, the virus was detected at a “sentinel” facility in San Diego Bay in mid-July. Depending on the particular origin of the affected oysters, mortality levels ranged from 37 percent to 97 percent, with an average of 77 percent. So far, the virus has not affected commercial production in the US.

“The reappearance of the virus in US waters reinforces the importance of our strategy to produce resistant stocks within our overall breeding programme, including in collaboration with other world-class scientists. A recent award from NOAA’s Small Business Innovation Research (SBIR) programme is funding our collaboration with Dr Colleen Burge, the preeminent shellfish pathologist focused on POMS in the US. The project is aimed at discovering the fundamental genomic basis of resistance naturally displayed by some oysters. These insights will allow the development of biomarkers that can be used to find resistant oysters in natural populations, providing a genetically diverse base population for breeding programmes focused on POMS resistance as well as overall yield and resilience,” explains Dennis Hedgecock, chief science officer at Pacific Hybreed.

Pacific Hybreed is also starting to work on understanding the genetic and environmental drivers that are causing increasing summer mortality among Pacific oysters, especially triploids. With environmental stressors likely a significant driver, mortalities of Pacific oysters are on the rise, posing a threat to production. Pacific oysters had (as of 2013) a retail value of nearly $300 million on the US west coast alone, yet producers in Willapa Bay, Washington, reported 20-80 percent loss of near market-ready oysters over several growing areas, from the summers of 2018 and 2019, and many west coast shellfish farms have reported similar losses in 2020.

“Mass mortalities among triploid Pacific oysters, which are more valuable commercially and carry minimal genetic risk to wild stocks, have been especially concerning for many farmers. Many growers are seriously questioning whether triploid production is viable given increasing mortality, particularly since there is no real understanding of its causes and no credible path forward toward an adaptive response,” Hedgecock reflects.