Coastwide
Kelly Slater (left) and Bianca Valenti test the waves at Slater's surf park in California. The facility is just one of many that have opened around the world to meet the demands of surfing and a quickly changing natural world.Sachi Cunningham 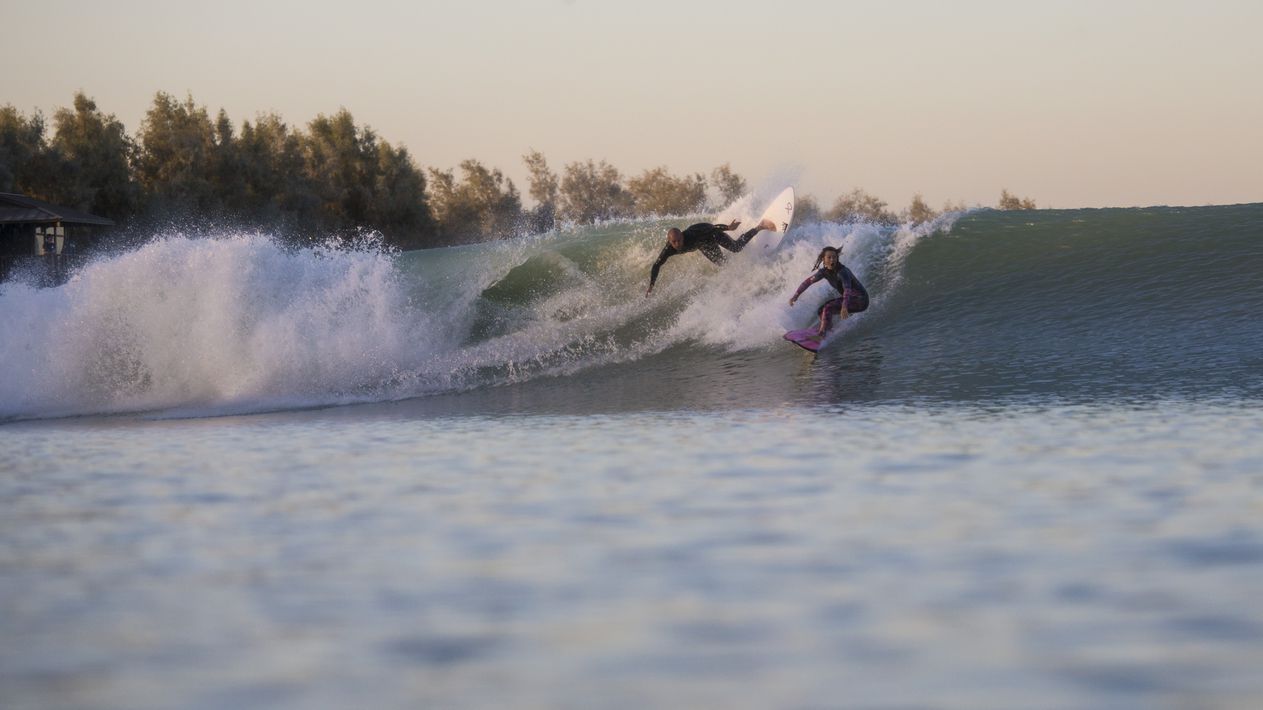 As the patterns in the Pacific Ocean begin to change, athletes are turning to surf parks to catch their big breaks.

Bianca Valenti belongs to a class of surfers that runs down monster waves, including the legendary Jaws break on Hawaii’s North Shore that sometimes delivers 60-foot swells. She’s also shredded waves around the tenth of that size at a popular surf spot in Lemoore, California, 100 miles away from the ocean.

Since 2018, the Kelly Slater Wave Company (KSWC) has invited Valenti twice to test out their Surf Ranch, a 2,000-foot-long artificial basin powered by a system of hydrofoils that zip along a track to generate waves. The track replicates the infamous “barrel” breaker that curls over and nearly swallows its rider. It’s a sublime, sought-after surf experience that’s hard to find in the world’s oceans, Valenti says.

“It’s a perfect wave every single time,” Valenti says. “In surfing, you don’t get that opportunity to practice one trick.”

It’s the lure of a consistently flawless breaker that’s driven businesses around the world, including KSWC, to develop a range of artificial-wave technologies over the past decade. Forget the dinky, lackluster pools designed for children’s water parks—these multi-million-dollar playgrounds promise riders a sweet surf session without the ocean’s fickleness. Meanwhile, journalists have denounced these facilities as “bleak” and “a satanic mirror,” questioning whether they can host real surf sessions and tournaments.

As some of the globe’s top-ranked surfers practice cutback and floater tricks on fake waves, the seas they rode up on now face urgent threats from climate change. Rising temperatures are causing glaciers and ice sheets to melt, water levels to rise, storms to intensify, and marine habitats along many Pacific coastlines to acidify.