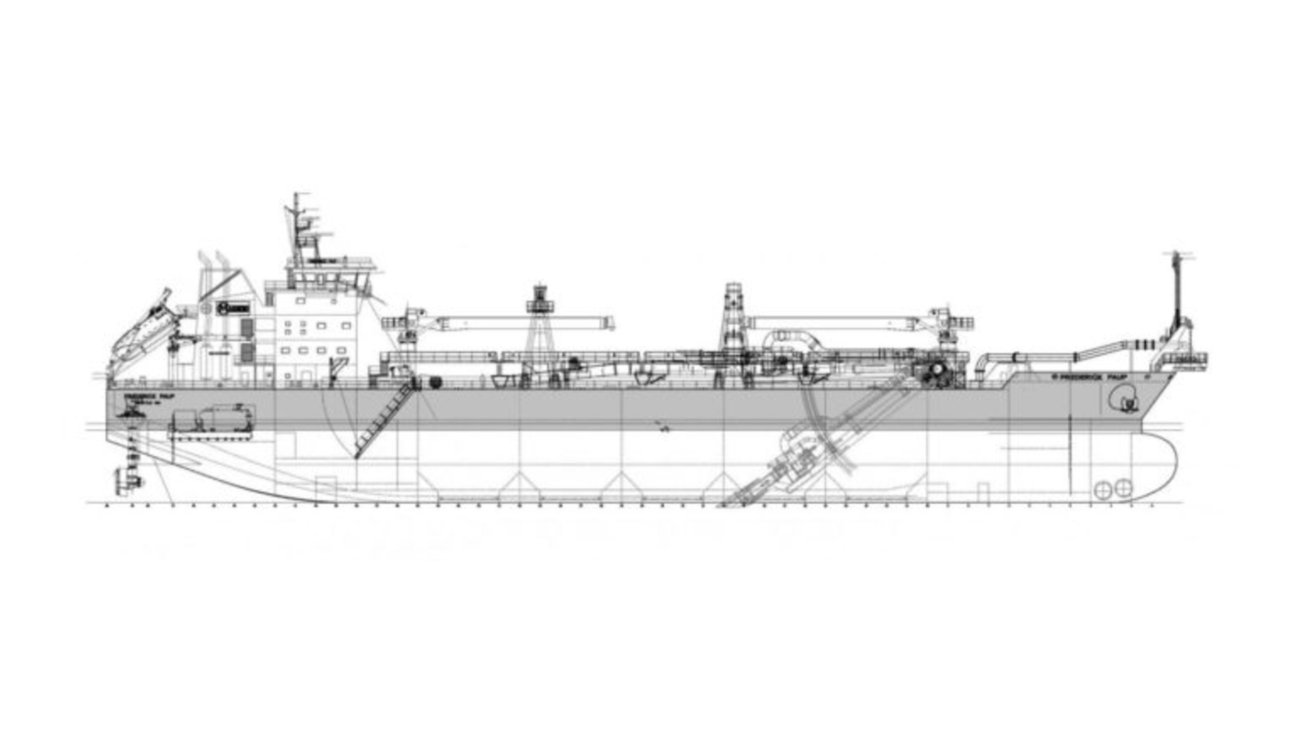 Keppel AmFELS at the Port of Brownsville last month announced it had won a contract to build the nation’s largest trailing suction hopper dredge for Manson Construction Company, headquartered in Seattle.

It will be the first dredge built by AmFELS, which has diversified into shipbuilding in recent years after its mainstay business — offshore oil rig fabrication, maintenance and repair — declined after a slide in oil prices that began in 2015. The self-propelled dredge, to be christened the Frederick Paup after Manson’s board chairman, will have a capacity of 15,000 cubic yards, length of 420 feet, width of 81 feet and 28.5-foot draft. It will operate primarily along the Gulf and Atlantic coasts, according to the company.

A trailing hopper dredge vacuums sand or mud off the seafloor through drag arms and deposits the material into the vessel’s hold. It can then be dumped offshore or pumped out to replenish beaches. The dredge AmFELS is building is the single-biggest investment in Manson’s 115-year history, said the company.

Manson President John Holmes said his firm is happy to be partnering with AmFELS “due to their impressive vessel construction capabilities.”