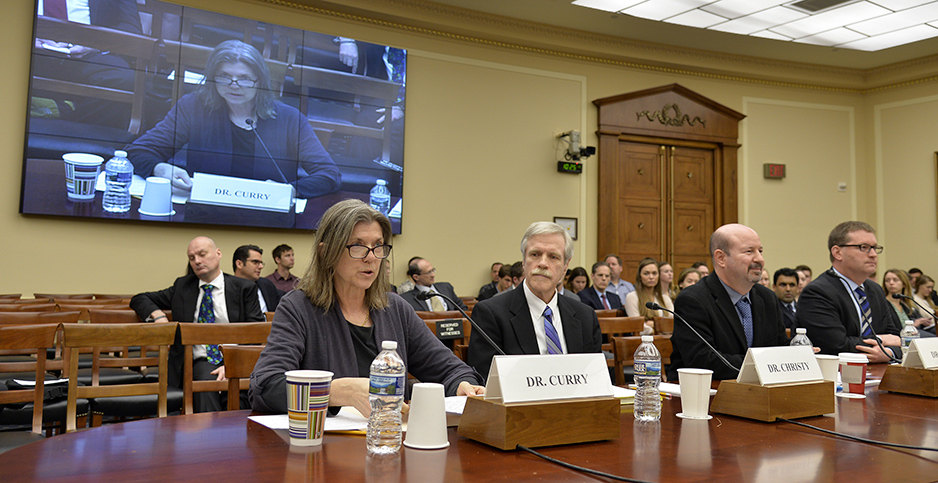 At least three prominent researchers who question the severity of climate change rebuffed the opportunity to take a senior position at NOAA.

The White House has been quietly working in recent weeks to reshape the leadership of NOAA with a goal of criticizing climate science, according to people who were contacted about the job.

The revelation that administration officials approached multiple researchers with long records of casting doubt on human-caused climate change points to a political campaign to undermine mainstream science at one of the world's leading climate agencies, experts and observers said.

After the initial candidates declined the position, the White House turned to David Legates, a geography professor at the University of Delaware who rejects the basic principles of climate science. Legates, now the deputy assistant secretly for observation and prediction at NOAA, has claimed that rising carbon dioxide levels would make the earth more hospitable to humans.

John Christy, an atmospheric science professor at the University of Alabama, Huntsville, told E&E News that a White House official promised him he would be given a free hand to change the way NOAA approaches climate research.

"The pitch was I would have new influence on the future direction of the agency," Christy said, adding that if he had accepted the job, "I would redirect money from the climate modeling project into the weather modeling project."

Christy, who downplays the severity of rising temperatures, said he was unable to take the job due to his academic commitments. His colleague Roy Spencer, a meteorologist affiliated with the Heartland Institute, also was mentioned as a possibility, but he did not pursue the opportunity.

Christy reached out to Judith Curry, the former chair of the School of Earth and Atmospheric Sciences at Georgia Tech, to see if she would be interested in the NOAA position, Curry told E&E News. She, too, rebuffed the offer.

"I'm totally uninterested in anything having to do with D.C. and government," Curry said.