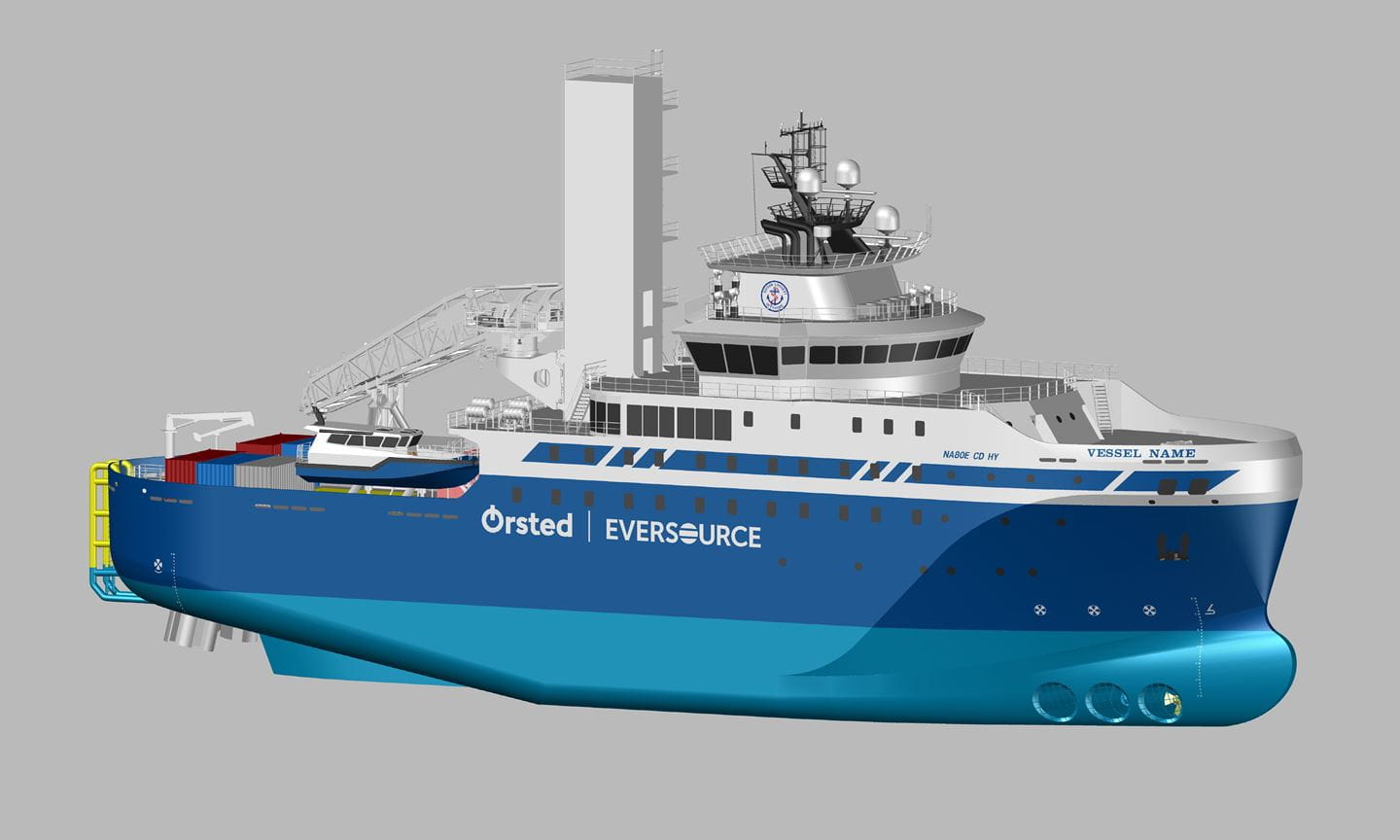 The SOV will be engineered, constructed, and operated by ECO as an integral part of the operation and maintenance of the Revolution Wind, South Fork Wind, and Sunrise Wind offshore wind farms in the northeast United States.

The wind farms are dependent on obtaining the necessary federal permits from the Bureau of Ocean Energy Management (BOEM).

The SOV will operate from New York and be utilized during the operation & maintenance (O&M) phases of the wind farm projects, serving as an at-sea base of operations to accommodate and transfer technicians, tools, and parts to and from the individual wind turbines.

“This is an incredible moment for the American offshore wind industry,” said Thomas Brostrøm, CEO of Ørsted North America, Offshore.

“It is hard to state what this moment means for this new, multi- billion-dollar industry. The SOV is not only a crucial part of our plans to build out and operate our Northeast Wind Farms, but it represents just how far reaching the economic impacts of offshore wind can be; offshore wind means massive investments for U.S. companies and jobs for American workers, even those in states without active projects.”

The SOV will be built at a combination of Edison Chouest’s shipyards in Florida, Mississippi, and Louisiana, creating well over 300 new construction jobs, Ørsted said. The construction of this vessel will also have a broader economic impact on other US states hosting suppliers of major components, with some notable beneficiaries being North Carolina and Illinois for steel and main engines, respectively.

“The offshore wind energy industry is generally well developed and understood, particularly in Europe where an enormous industry has developed over decades, but this industry is in an initial stage in the United States,” said Gary Chouest, President of Edison Chouest Offshore.