Coastwide
Carpenter Beach in South Kingstown, R.I., as seen in 2019. Conservation funding should be distributed equitably between inland and coastal needs, Whitehouse and Heinrich write. 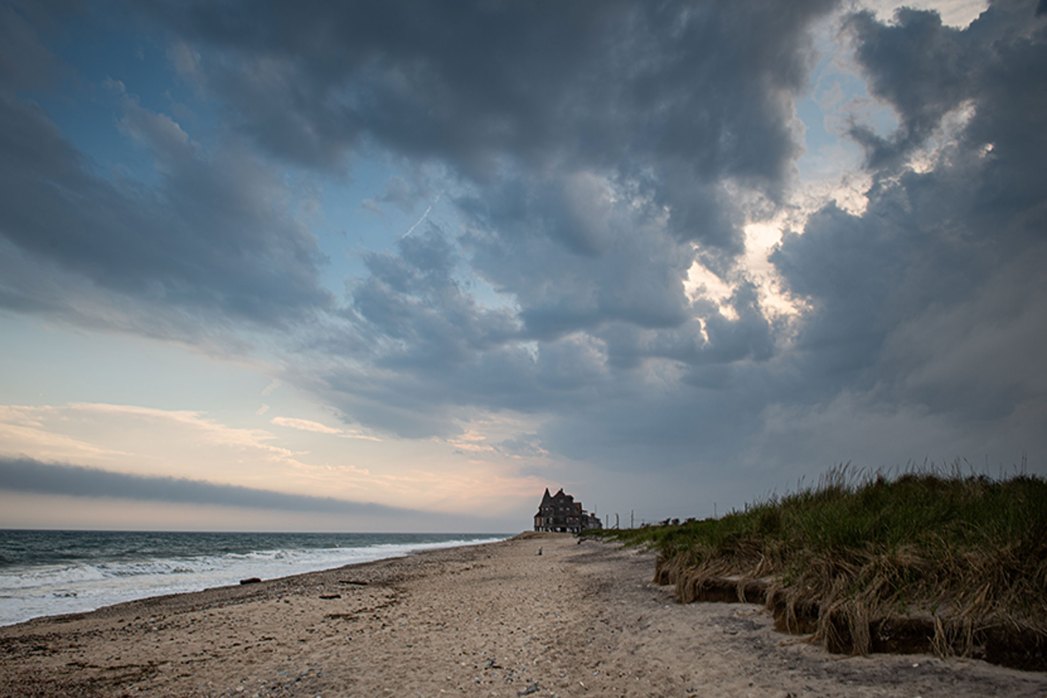 Setting coastal and inland needs against each other is wrong

It’s hard to find states more different than New Mexico and Rhode Island. One is big, the other small; one is landlocked mountain ranges and high desert, the other seaside coast.  But both count on a healthy, clean environment, and each presents wondrous natural beauty.

So we both fight tirelessly to defend that environment as climate dangers mount.  Whether the worsening danger is wildfires or coastal flooding, we recognize the importance of dedicated federal funding to conserve that beauty for future generations.

We both also recognize that conservation funding should be distributed equitably between inland and coastal needs, and that right now the balance is far from fair.  Because the dangers to both are rapidly worsening, setting coastal and inland needs against each other would be wrong.  We must do more, to save all that we can, while we can.

In the Mountain West, fire and drought worsen by the year, stressing vital New Mexican resources.  The combination of dwindling snowpack and an intensifying fight for water means some sections of the once-mighty Rio Grande may never again flow year-round.  And shorter winters and drier summers have contributed to dangerous wildfires, like the Little Bear and Las Conchas fires that destroyed homes and threatened lives.

Coastal communities face equally grave challenges.  Air and ocean temperatures are rising, driving out iconic Northeast species like maple trees and winter flounder.  Heavy rains trigger more frequent and more dangerous flooding. Hurricanes Ida, Sandy and Irene preview the decades ahead, when storm surge and wind damage will worsen.  And sea levels are rising — a danger that will redraw the map of Rhode Island, transforming its present coast into an archipelago of islands.

We want to protect against all of these threats. The Land and Water Conservation Fund, or LWCF, has for over 60 years proved extremely successful at providing federal funds to protect natural places like the mountains and forests of New Mexico for recreation, wildlife and cultural preservation. As part of the historic Great American Outdoors Act that Republicans and Democrats passed and President Donald Trump signed into law last year, Congress permanently and fully funded the LWCF.

We both believe that it is time to fully and permanently fund the National Oceanic and Atmospheric Administration’s National Oceans and Coastal Security Fund that supports conservation in our coastal areas. This fund has sent tens of millions of dollars to protect the natural infrastructure that protects coastal communities and to safeguard wildlife habitats. But at current funding levels, it is not meeting the growing needs of our coastal regions. Devoting some of our growing offshore wind development revenues toward this fund would be a major step in scaling up important coastal conservation efforts.

People in middle-class neighborhoods in Matunuck and Portsmouth, R.I,, are already seeing foundations swept from beneath homes and their once-broad beaches scoured away by tides. Rising seas driven by climate change in turn drive lenders to extract ever-larger down payments on coastal properties, as much as 40 percent. Mortgage giant Freddie Mac has warned that sea level rise along U.S. shores risks a coastal property value crash with economic losses “greater … than those experienced in the housing crisis and the Great Recession”— a time when Americans lost nearly $10 trillion in wealth.

Our coasts are moving more and more into Mother Nature’s climate crosshairs. We need to lift conservation for coasts and saltwater onto par with mountains and freshwater, and make it just as permanent and reliable. We are all in this together; the need has grown; and the dangers demand our urgent attention.