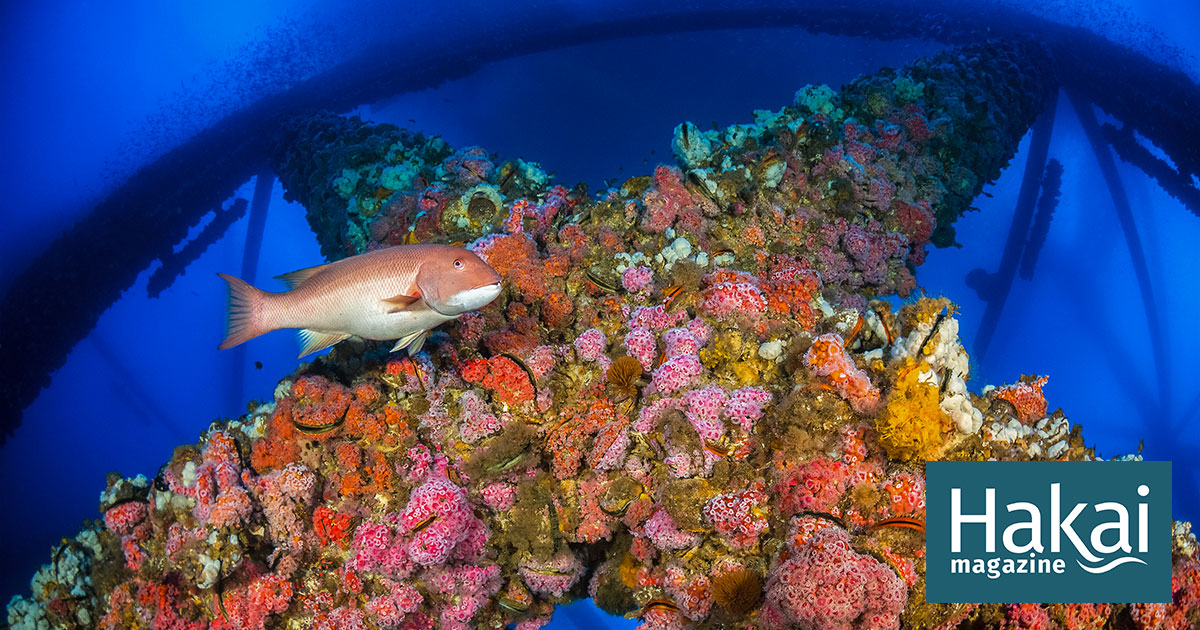 USA - Oil Rigs Are a Refuge in a Dying Sea

Our reliance on fossil fuels is harming marine ecosystems—but the platforms we use to extract oil are giving marine life new homes.

First, let me tell you how the accidental reef came to be.

In the beginning, there was mostly mud below the shallow waters off California. And beneath the mud lay something the two leggeds considered very valuable: billions of barrels of oil. The two leggeds had always known there was oil in the Santa Barbara Channel. Natural fractures in the Monterey Formation had allowed the oil to bubble and seep to the surface for as long as anyone could remember; Chumash people living along the coast for millennia may have used natural asphalt to seal their boats. In 1792, an English naval officer surveying the area described the rainbow slicks that formed on the water’s surface and how the smell of tar wafted on the offshore breeze.

Where there was only mud on the ocean’s bottom, there was no obvious place for sessiles to congregate. No hard surface where these invertebrates could fix themselves into place. And because there were no colorful sponges or corals or tunicates (or shapely scallops or gleaming mussels), there was little reason for hungry crabs, shrimp, and brittle stars to congregate. There weren’t many places for little fish to hide or things for them to nibble, either—which meant there wasn’t much to attract the larger fish that ate them.

Of course, the two leggeds weren’t thinking of the sessiles, or the other creatures these invertebrates might sustain, when executives from the Atlantic Richfield Company (ARCO) and Mobil signed an offshore lease with the State of California in 1965. They were only thinking of the tiny creatures—mostly diatoms—that had lived and died millions of years ago, now transformed into oil-rich Miocene shale.

The oil and gas lease allowed ARCO to build a large platform, like a stationary ship, three kilometers offshore. The platform itself would rest on top of the water, and a rectangular web of steel—called the jacket—would support it underneath, reaching 64 meters down to the mud bottom.

This was a major undertaking for the two leggeds, and an amazing feat of engineering. The steel itself—all 5,200 tonnes of it, or about three-quarters of the weight of the Eiffel Tower—was welded and assembled in Louisiana. A barge then towed the structure in two large pieces down the Atlantic coast, through the Panama Canal, up the Pacific coast. There it was reassembled in San Francisco Bay and then towed into the Santa Barbara Channel, where engineers and their machines fastened the platform and its drilling rig to the wrinkled folds of the ancient seafloor.