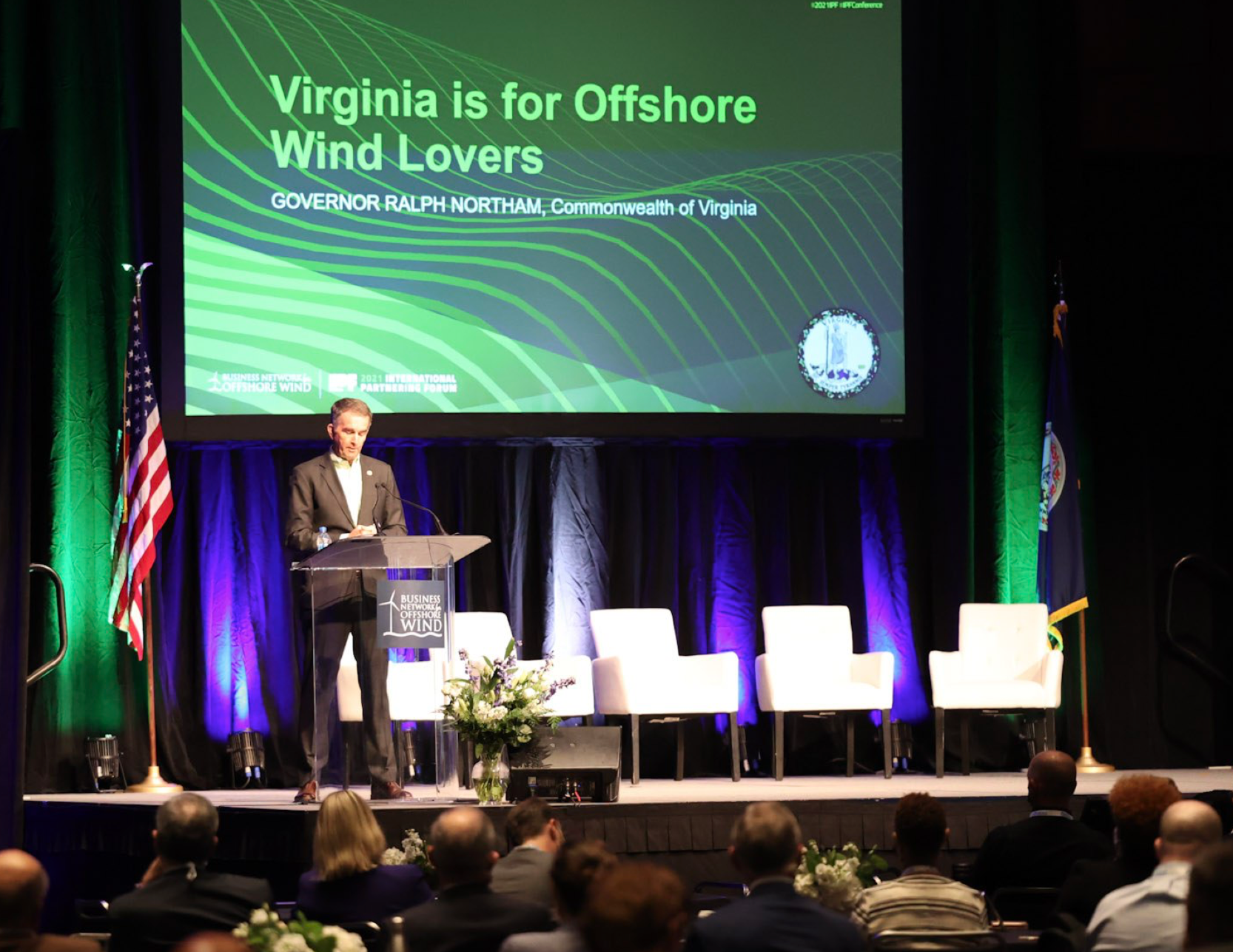 USA - Offshore wind industry sees 'once in a lifetime' opening

On enormous video screens over a stage, surf crashed, and wind turbines rotated to music on a rock-volume soundtrack. Liz Burdock, president and CEO of the Business Network for Offshore Wind, strode onto the stage, and spoke of the budding industry’s big moment.

“In the U.S., we only have eight years to reach the Biden administration’s goal of 30 gigawatts,” Burdock told the audience at her group’s International Partnering Forum in Richmond, Va., this week.

In Europe, the cradle of a now-burgeoning global wind industry, it took 30 years to achieve that power output, said Burdock.

“We have to scale up…the industry needs help,” she said.

The federal Bureau of Ocean Energy Management “should reduce its regulatory timeline,” she said.

Virginia Gov. Ralph Northam came on, talking about his state’s ambitions for offshore wind – including the Port of Virginia becoming the Mid-Atlantic hub for supporting wind project construction and operations.

Northam took the occasion to announce a new lease deal between the port and Dominion Energy to support construction of its 2.6 GW Coastal Virginia Offshore Wind project.

With 18 miles to the open ocean, no bridges and air draft issues for vessel movements, and expanding rail and water access to the port, Virginia is the perfect base for offshore wind, “a day’s sail” from most of the East Coast, said Northam.

At the start of the European offshore wind industry 30 years ago, Danish Oil and Gas accounted for one-third of that nation’s emissions, when it built its first offshore wind project.

“We were once one of the most carbon-intense companies in Europe,” said David Hardy, CEO of Ørsted Offshore North America, a division of the now-renamed energy company.

Ørsted and partner Eversource could start their South Fork wind project east of Montauk, N.Y. next year after BOEM and the partners resolve issues like preserving critical bottom habitat for fisheries by shifting turbine and cable locations.

“At Ørsted we’re trying to do right by all stakeholders,” said Hardy.

“We want to do it with an eye toward the long-term sustainability of the business,” said Hardy. “There’s been tremendous progress in the last eight months, but this is still a once in a lifetime opportunity.”

Ørsted is delivering on promises of new U.S. jobs, like 500 positions at a new turbine foundations facility built with steel fabricator EEW at Paulsboro, N.J., and others in New York, Texas and Louisiana, said Hardy.

During his address Hardy announced that U.S. fabricator Kiewit Offshore Services, Ltd. will design and build the substation for the 132-megawatt South Fork. The 1,500-ton, 60-foot-tall substation will be built at Kiewit’s facility in Ingleside, Texas, near Corpus Christi.