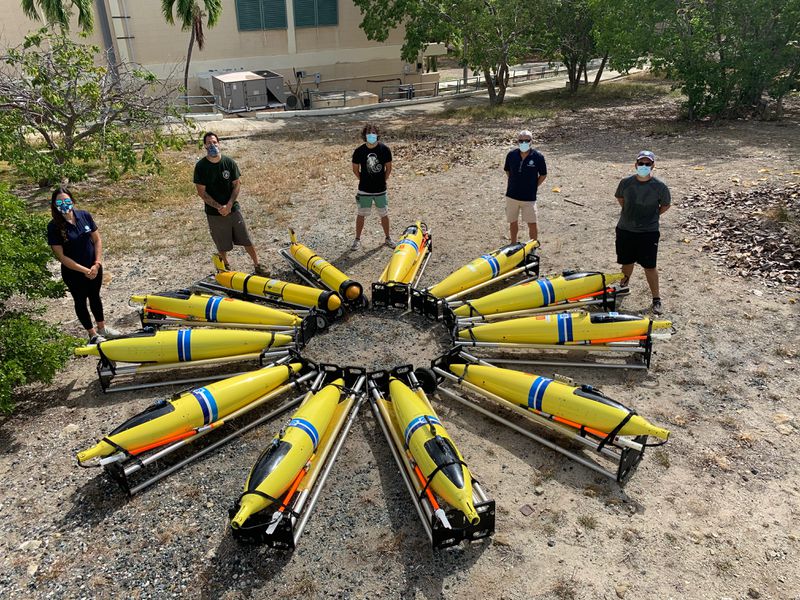 Hurricane specialists now have 11 new pairs of eyes in the Atlantic to help them better understand the intensity of tropical storms before they affect Florida and other coastal states.

Last week, scientists with the National Oceanic and Atmospheric Administration deployed the “ocean gliders” around Puerto Rico waters to help them gather data remotely in areas before a storm strikes.

The data collecting project is part of an international effort made up of NOAA, the U.S. Navy, the U.S. Integrated Ocean Observing System, several academic partners and companies from countries such as the Dominican Republic.

The yellow gliders, which cost about $150,000 each, are cost-effective, say scientists, who normally would pay about $50,000 per mission when deploying boats or measurement devices in front of a hurricane. Gliders will be deployed once and collect data for four months.

Gliders can plunge half a mile below the surface and move through water without a propeller and instead via descending and rising buoyancy.