Northeast
Snow Cone (#3560) entangled in fishing gear, sighted off the coast of Georgia with her second calf in December 2021. Her first known calf died from a vessel strike off the coast of New Jersey in June 2020. (Georgia Department of Natural Resources taken under NOAA permit 20556) 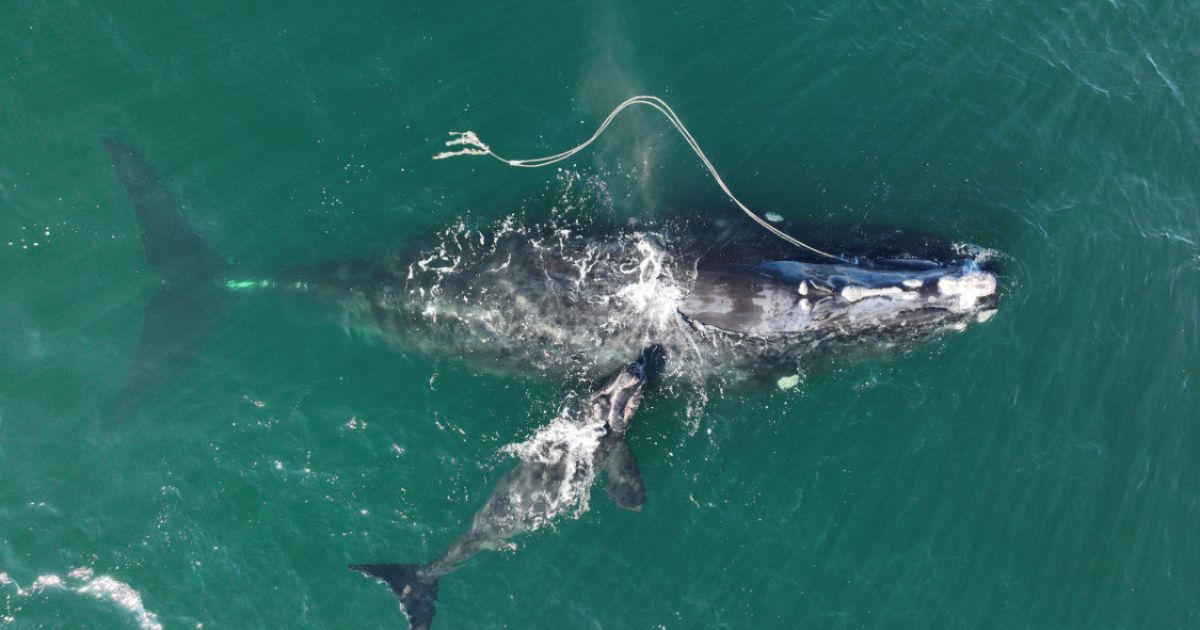 The changes would expand the current mandatory seasonal speed restrictions of 10 knots or less in designated areas of the ocean and extend to most vessels measuring 35 to 65 feet in length.

In addition, the agency is releasing a draft “roadmap” for public comment about on-demand, or “ropeless” fishing gear, that outlines possible ways to increase the use of this technology in commercial fisheries off the East Coast of the United States. The draft roadmap leverages lessons from fisheries using on-demand gear that are emerging around the world.

“These two efforts are part of our North Atlantic Right Whale Road to Recovery, a strategy that encapsulates all of our ongoing work across the agency and in collaboration with our partners and stakeholders to conserve and rebuild the North Atlantic right whale population,” said Janet Coit, assistant administrator for NOAA Fisheries and acting assistant secretary of commerce for oceans and atmosphere at NOAA. “Despite the many challenges we face, including climate change, we must find solutions to mitigate the threats to marine mammals while supporting the livelihoods and economies of our fishing communities who put healthy food on our tables.”

For decades, vessel strikes and entanglements in fishing gear have been the two primary causes of right whale injury and death. Researchers found that between 2003 and 2018, in cases where a cause of death could be determined, all juvenile and adult right whale deaths were attributable to human activities. Beyond the first year of life, right whales are not living long enough to die of natural causes. Scientists declared an “Unusual Mortality Event” for North Atlantic right whales in 2017, which is defined as a significant die-off of a marine mammal population, requiring immediate response. In just the last two and a half years, at least four vessel strikes have killed or seriously injured North Atlantic right whales in U.S. waters.