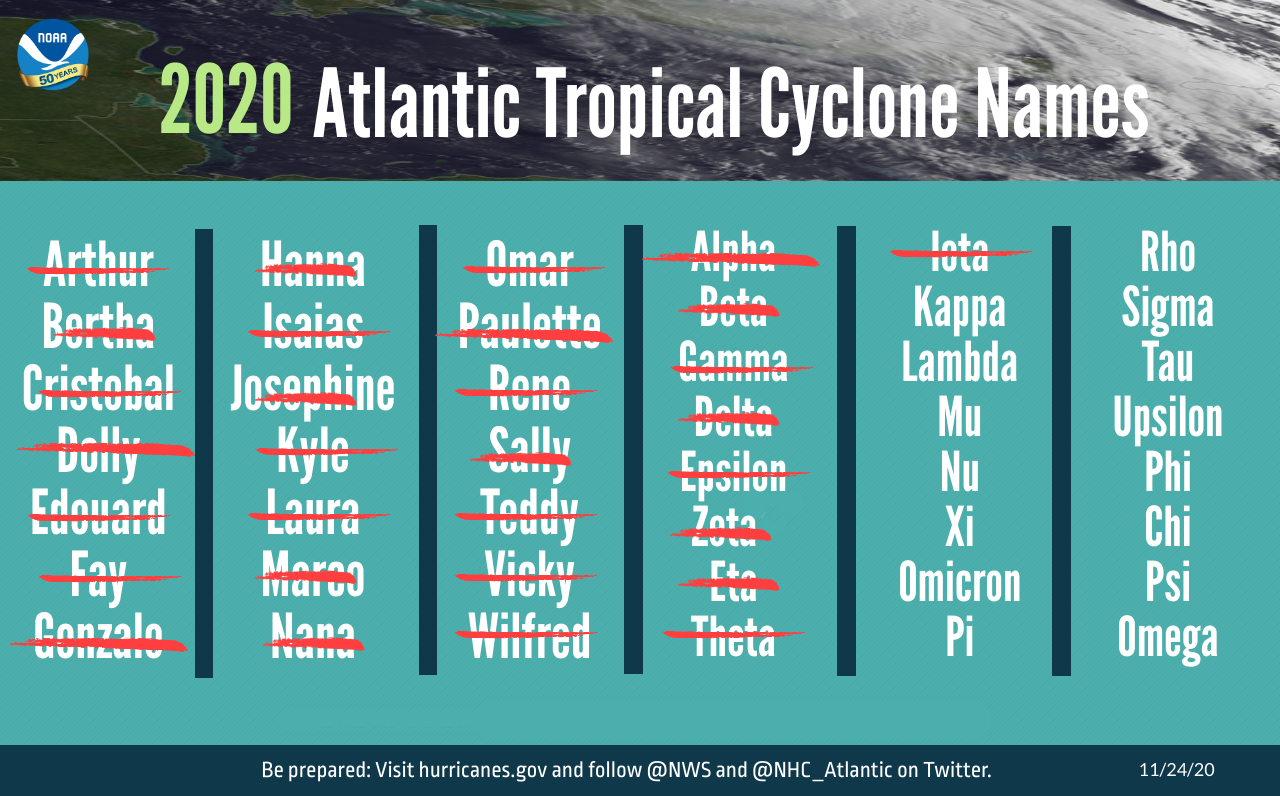 The extremely active 2020 Atlantic hurricane season is drawing to a close with a record-breaking 30 named storms and 12 landfalling storms in the continental United States.

While the official hurricane season concludes on November 30, tropical storms may continue to develop past that day.

“Throughout this relentless hurricane season, NOAA worked around-the-clock to provide critical data and reliable forecasts to our Nation’s communities in the path of devastating storms,” said U.S. Secretary of Commerce Wilbur Ross. “The services provided by NOAA, alongside our emergency management partners, undoubtedly helped save many lives and protect property.”