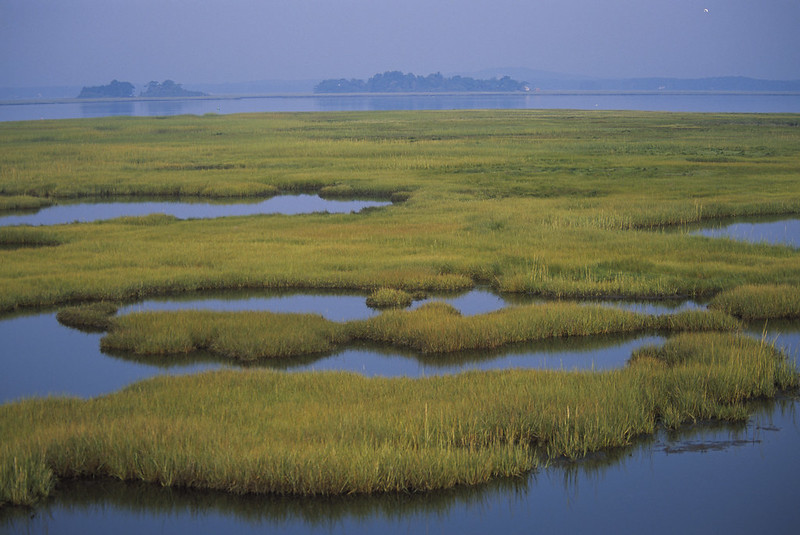 Coastal wetlands around the United States are being lost at an accelerating rate to erosion, subsidence, sea level rise and development. A new report from the National Oceanic and Atmospheric Administration and partner agencies lays out recommendation to stem the losses.

The paper “Recommendations for Reducing Wetland Loss in Coastal Watershed of the United States” is 47 pages outlining the growing losses and their environmental and economic impact.

Based on a U.S. Fish and Wildlife Service survey, wetland losses from 2004 to 2009 amounted to about seven football fields every hour, and a 25 percent increase over a previous 6-year study period.

“This loss of habitat has significant economic and social consequences. For example, coastal wetland degradation and loss has reduced the size and diversity of fish populations, affecting the sustainability of commercial and recreational fisheries,” the paper states. “In 2019, these fisheries supported 1.8 million jobs and contributed $255 billion to the economy in sales.”

“In response to concerns about this rate of loss, the Interagency Coastal Wetlands Workgroup (ICWWG) was formed to help identify the causes of these losses and to develop strategies to address them. This document presents recommendations, informed by previous wetland evaluations and discussions with state watershed experts, that aim to reduce and reverse the loss of wetlands in coastal watersheds.”

That inter-agency work group collected information from experts and conducted studies in coastal watersheds throughout the country. Out of its data collection the group developed five categories of actions that can be undertaken in partnership with states, tribes, and other stakeholders:

- Increasing the acreage of wetlands restored in coastal watersheds

- Reducing loss of coastal wetlands associated with silviculture in the Southeast

“The work group recommendations support climate resilience, adaptation, and mitigation by emphasizing the need for increased protection and restoration of wetlands, which reduce storm surge and sequester carbon,” the report states.

Some priority recommendations are already in play. NOAA increased its investment in the collaboration between its Coastal Change Analysis Program and the U.S. Fish and Wildlife Service’s National Wetlands Inventory.

"With the official release of the recommendations, NOAA is now conducting targeted outreach to catalyze action to slow and reverse coastal wetland loss."