Coastwide
Flooding along North Carolina’s Little River washed out part of U.S. 401 north of Raleigh on June 10, 2019. New legislation in Congress would require federally funded infrastructure, including highways, be designed and built to account for both current and future flood risk. Julia Wall/Charlotte Observer/TNS via Getty 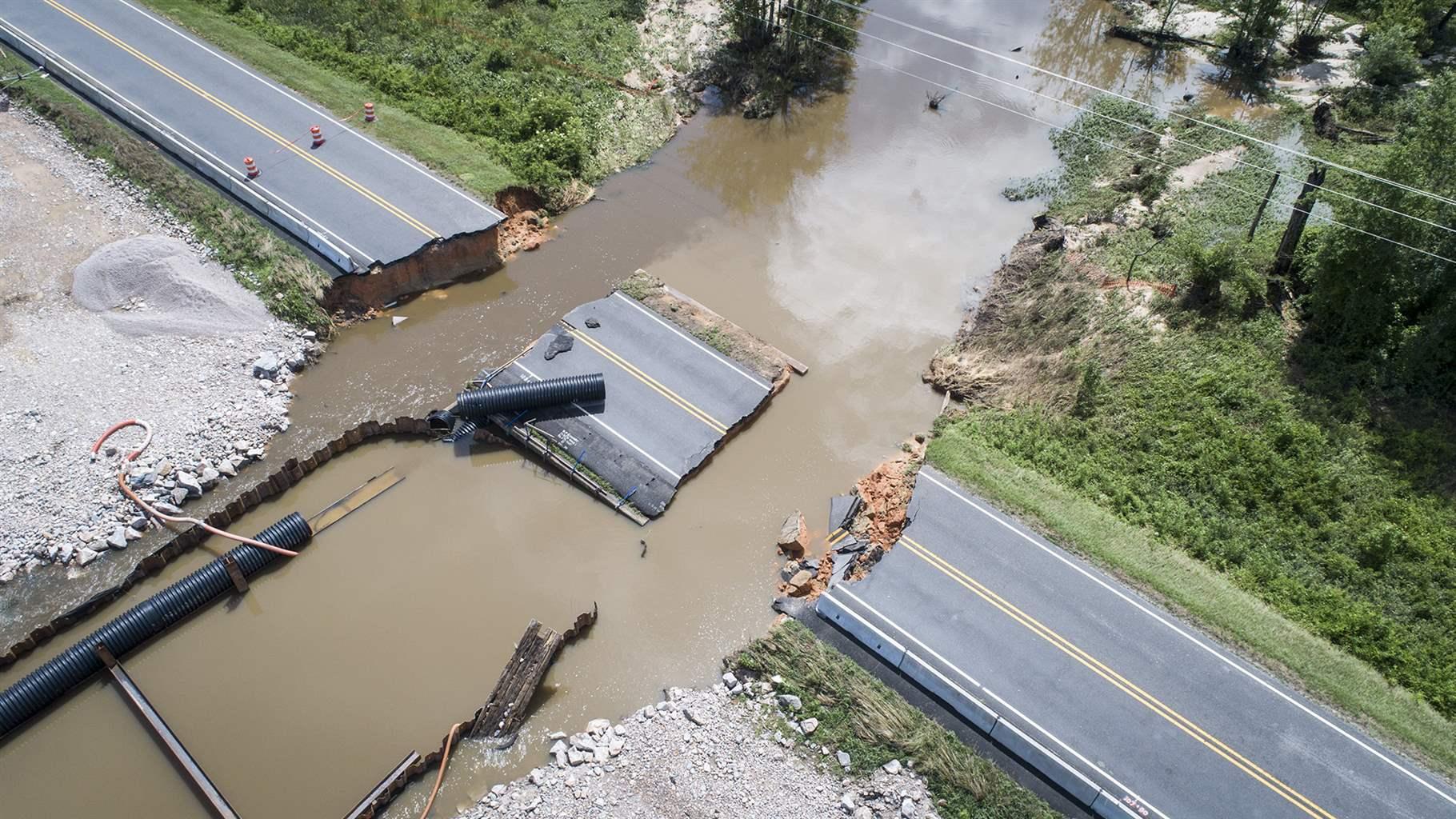 The 2020 hurricane season continues to produce tropical systems at a record rate. With nine named storms having made U.S. landfall already this year, flood risk is a major concern for many vulnerable communities. To help reduce the impacts of these types of events in the future, legislation was introduced today in Congress that would make communities and infrastructure more resilient to flooding. Introduced by Representative David Price (D-NC) and Representative Lee Zeldin (R-NY), the Flood Resiliency and Taxpayer Savings Act of 2020 would direct federal agencies to plan for future risks, such as those associated with severe weather and rising sea levels, throughout the intended life of projects that use taxpayer dollars to build, improve, or rebuild in flood-prone areas.

The change would be similar to one that Congress recently required the Department of Defense to adopt for major construction of facilities and infrastructure. Rather than designing and building based on what is known about current flood risk, the agency is now considering how flood risk will change over the planned lifetime of facilities. The bill would require that all federal agencies spending taxpayer funds for new construction or major rebuilding projects take similar precautions—a marked improvement from current standards, which are based on historical data and risk factors.

Here are five ways the legislation would benefit taxpayers, communities, and infrastructure:

In the U.S., economic losses and property damage from flood-related disasters have risen by more than $100 billion every decade since the 1980s, affecting all 50 states. Improving the resilience of the nation’s infrastructure and being smarter when spending taxpayer dollars in at-risk areas can reduce the impacts of flooding and lower disaster recovery costs. Importantly, the bill introduced by Reps. Price and Zeldin would not prohibit projects in flood-prone areas but simply safeguard investments from future damage and losses. These preventive efforts can be cost-effective. The National Institute of Building Sciences found that investments in flood mitigation projects involving roads, bridges and railways, water and wastewater facilities, and electric and telecommunications substations yield positive returns.

With the provision for more flood-resilient infrastructure, the bill would help limit the extent and duration of direct and residual effects of flooding on communities. Otherwise, communities can become paralyzed by disruptions stemming from extended periods of power or clean water outages, closed schools, shuttered businesses, and blocked access to medical facilities. For example, the Texas Medical Center, the world’s largest medical complex, endured more than $1.5 billion in damage and lost decades’ worth of medical research because of historic rainfall and flooding during Tropical Storm Allison in 2001. The facility was redesigned to include numerous resilience measures, from installing floodgates to improving storm drainage systems. These improvements allowed the medical center to remain operational during Hurricane Harvey in 2017.