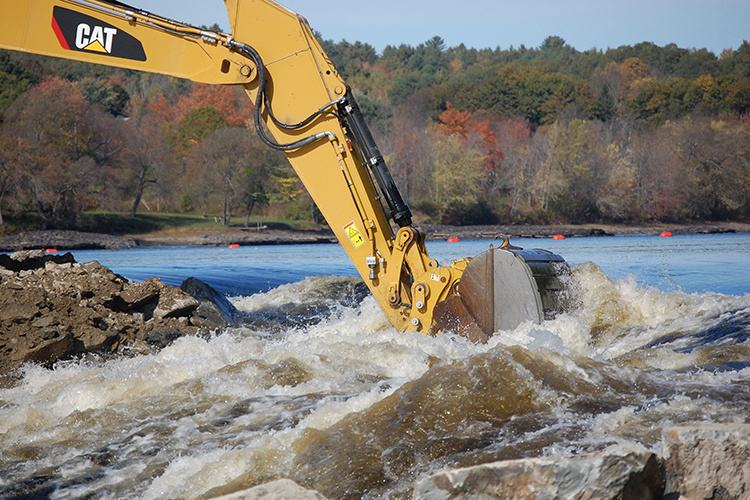 Funding for 31 new and continuing habitat restoration projects will support sustainable fisheries, protected species, and resilient ecosystems and communities across the nation.

To support our nation’s coastal and marine species, the NOAA Restoration Center is recommending nearly $13 million in funding for 31 new and continuing habitat restoration projects through our Community-based Restoration Program. These projects will restore habitat and ecosystems in 15 states and territories across the nation and build lasting benefits for communities and the environment.

The projects will support oysters, corals, and several fish species by reopening rivers to fish passage, reconnecting rivers to their floodplains, and reducing coastal runoff. They will also aid in the recovery of four NOAA Species in the Spotlight—white abalone, Central California Coast coho salmon, Atlantic salmon, and the Southern Resident killer whale.

In addition to supporting coastal and marine species, habitat restoration benefits the coastal communities that rely on those habitats for clean drinking water, flood and storm protection, and industries like boating, fishing, and tourism

The NOAA Restoration Center, housed within the Office of Habitat Conservation, supports habitat restoration projects across the country where our nation’s fisheries and protected resources need it most. We provide technical and financial assistance to partners across the country to develop high-quality habitat restoration projects. Since 1996, our Community-based Restoration Program has partnered with more than 2,900 organizations to take on more than 2,180 projects. These efforts have restored more than 92,000 acres of habitat and opened up 4,126 miles of streams and rivers to fish migration.