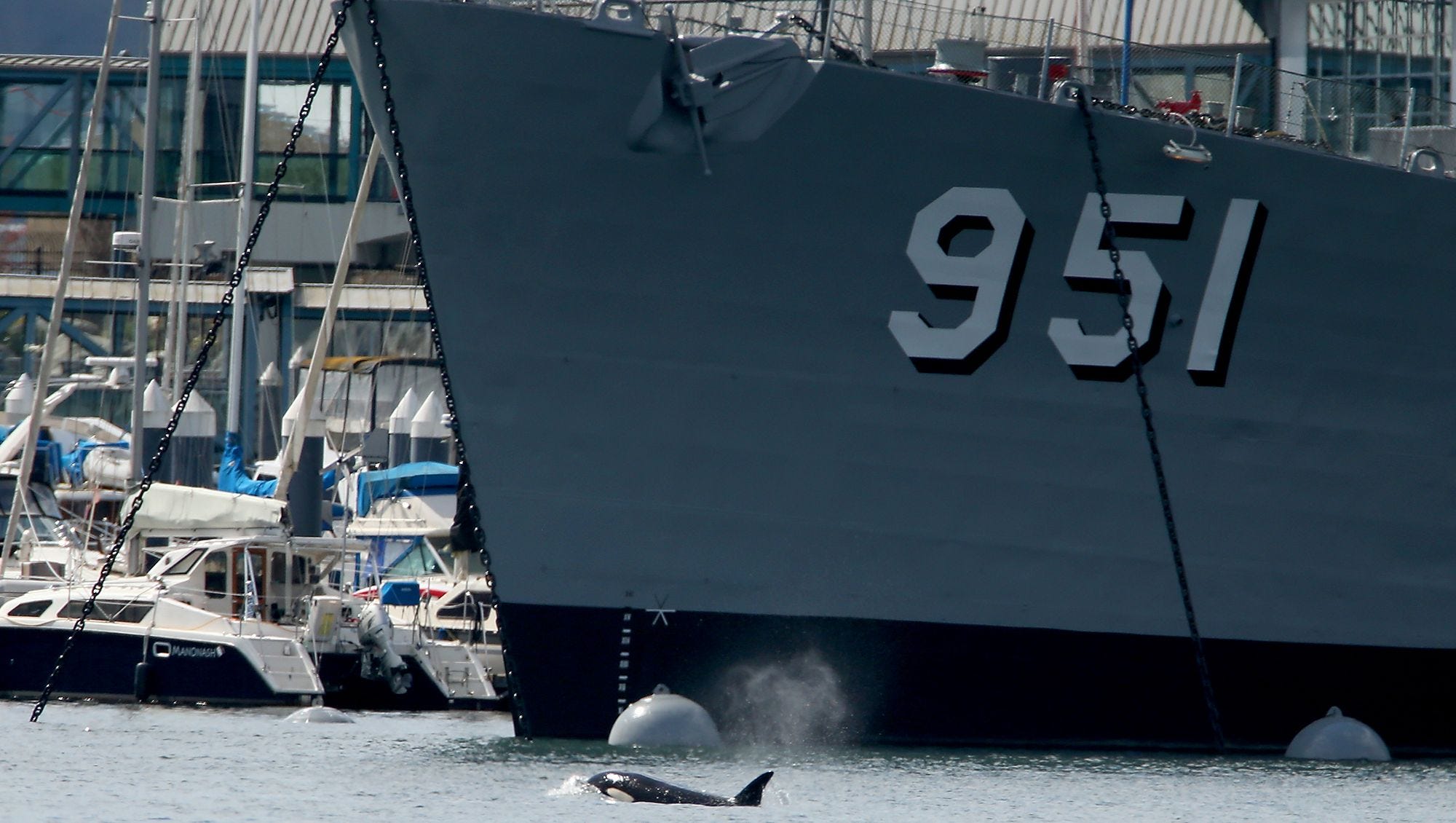 BREMERTON — Navy and state leaders are at odds over a proposed rule for military testing in Puget Sound and coastal waters of Washington that allows the increased potential to harass and harm marine life, including the endangered and fragile Southern Resident orca population.

The Navy, in seeking approval from the National Marine Fisheries Service, is seeking to conduct testing and training involving a number of activities — firing torpedoes and projectiles, detonating bombs up to 1,000 pounds, using underwater sonar, piloting undersea drones and more. A proposed new rule would allow for the potential "take" — a term meaning "to harass, hunt, capture, or kill, or attempt to harass, hunt, capture, or kill any marine mammal" — of Southern Resident orcas from twice a year to up to 51 times, though federal officials say no conditions that could injure one of the 73 known remaining southern residents would be allowed.

On Friday, the state's Department of Ecology pushed back with demands to constrict the Navy's testing, including increasing the whale buffer zones to at least 1,000 yards and ceasing sonar exercises when orcas are spotted. The agency also asked for the Navy to use real-time whale alert systems like those used by the Washington State Ferries.

John Mosher, a Navy environmental planner and manager for the Northwest Training and Testing program, said the increase in "takes" reflects not a likely reality but the maximum possibility.

"It's a capacity, something we would potentially need in a worst-case scenario," said Mosher, who added use of sonar and acoustic systems is "very temporary, very intermittent."

Mosher said the Navy is already careful to not interfere with marine life, to include staffing lookouts and using acoustic detection to keep an ear out for them. He points out that while Navy vessel traffic makes up less than 1% of the total in Pacific Northwest waters, sailors exercise great care in avoiding collisions with marine mammals.

"We're quiet," he said, "And it's beneficial for us to be very quiet."

State leaders would like to see more precautions. The state's ecology department is also asking for the Navy to "properly" dispose of pollutants that might go into the water, and it's calling for an outright restriction on some testing to be conducted only off Washington's coast.