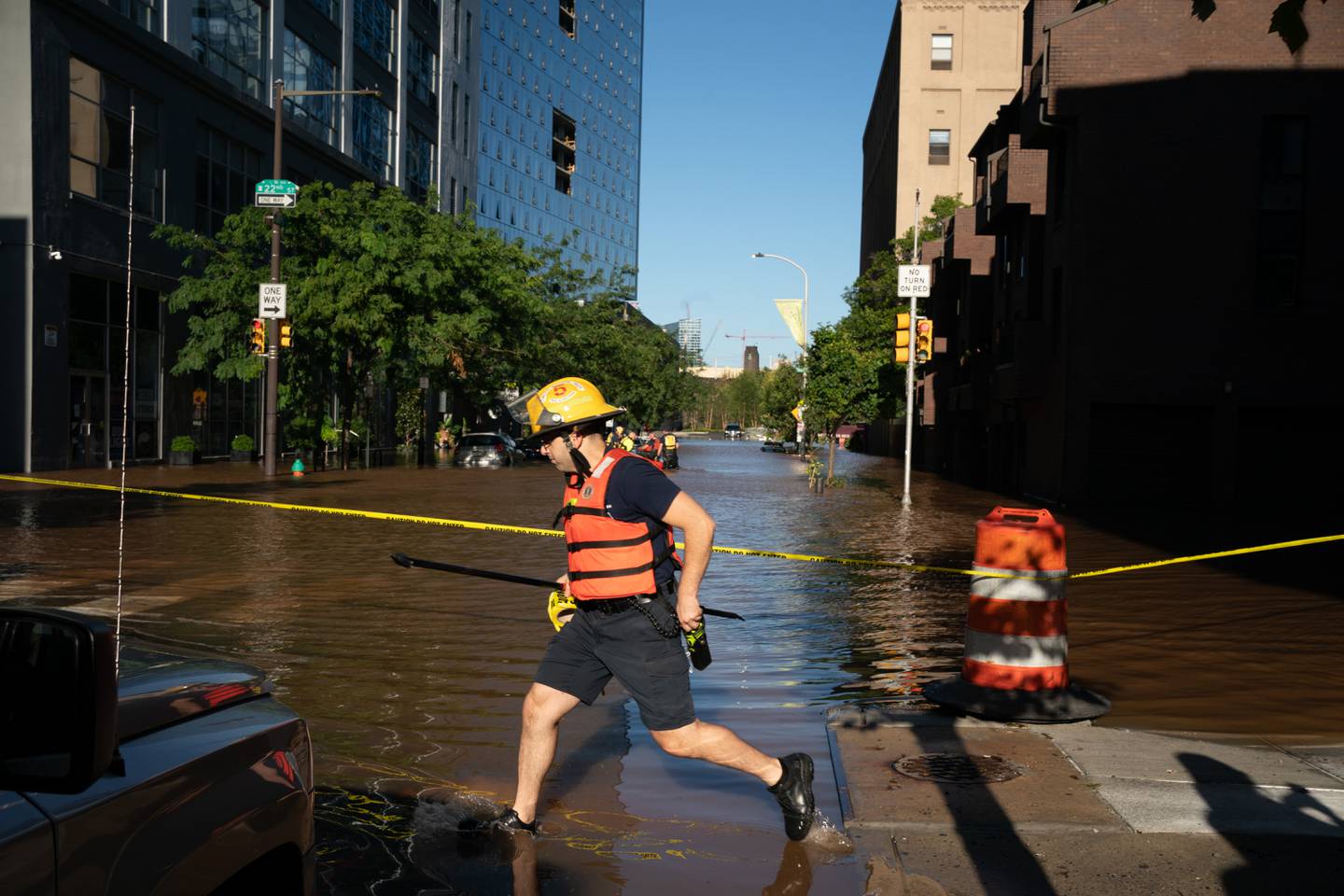 2021 ended as it began: with disaster. Twelve months after an atmospheric river deluged California, triggering mudslides in burned landscapes and leaving a half-million people without power, a late-season wildfire destroyed hundreds of homes in the suburbs of Denver.

2021 ended as it began: with disaster. Twelve months after an atmospheric river deluged California, triggering mudslides in burned landscapes and leaving a half-million people without power, a late-season wildfire destroyed hundreds of homes in the suburbs of Denver. In between, Americans suffered blistering heat waves, merciless droughts and monstrous hurricanes. People collapsed in farm fields and drowned in basement apartments; entire communities were obliterated by surging seas and encroaching flames.

More than 4 in 10 Americans live in a county that was struck by climate-related extreme weather last year, according to a new Washington Post analysis of federal disaster declarations, and more than 80% experienced a heat wave. In the country that has generated more greenhouse gases than any other nation in history, global warming is expanding its reach and exacting an escalating toll.

At least 656 people died amid the onslaught of disasters, media reports and government records show. The cost of the destruction tops $104 billion, according to the National Oceanic and Atmospheric Administration, even before officials calculate the final toll of wildfires, drought and heat waves in the West.

While the Federal Emergency Management Agency identified fewer climate-related disasters in individual counties last year, it declared eight of these emergencies statewide - the most since 1998 - encompassing 135 million people overall.

There is little doubt that the future will be worse. Steadily rising temperatures heighten the risk of wildfires, turbocharge rain storms, exacerbate flooding and intensify drought.

Yet planet-warming pollution, primarily from burning fossil fuels, surged to near-record highs last year. The Build Back Better bill, which contains the biggest clean energy investment in U.S. history, stalled in Congress. The United Nations climate conference in Glasgow, Scotland, produced pledges that put global average temperatures on track to rise about 2.5 degrees Celsius (4.5 degrees Fahrenheit) by the end of the century - a degree of warming that would transform once unthinkable disasters into near-annual occurrences.

2022 begins with two crucial questions still unanswered: Will the United States invest in ways to make extreme weather less destructive? And will the country lead the world in curbing warming before it becomes impossible for humanity to adapt?

These questions loom over Louisville, Colo., Mayor Ashley Stolzmann, who lost much of her town to wildfire on Thursday.

“When I lay awake the first night, not able to sleep from the fire, when I was evacuated from my house,” she said, “the first thing I thought of is: I need everyone to reduce their carbon emissions.”

Over the course of just a few hours on Dec. 30, raging winds had propelled the flames through vegetation parched by the area’s warmest and driest summer and fall on record. The Marshall Fire burned so hot and so fast that it was able to jump a six-lane highway to engulf more than 1,000 homes in Louisville and neighboring Superior, quickly becoming the most destructive blaze in state history.

“To lose whole neighborhoods is just so very sad and devastating and unexpected,” Stolzmann said in an interview.