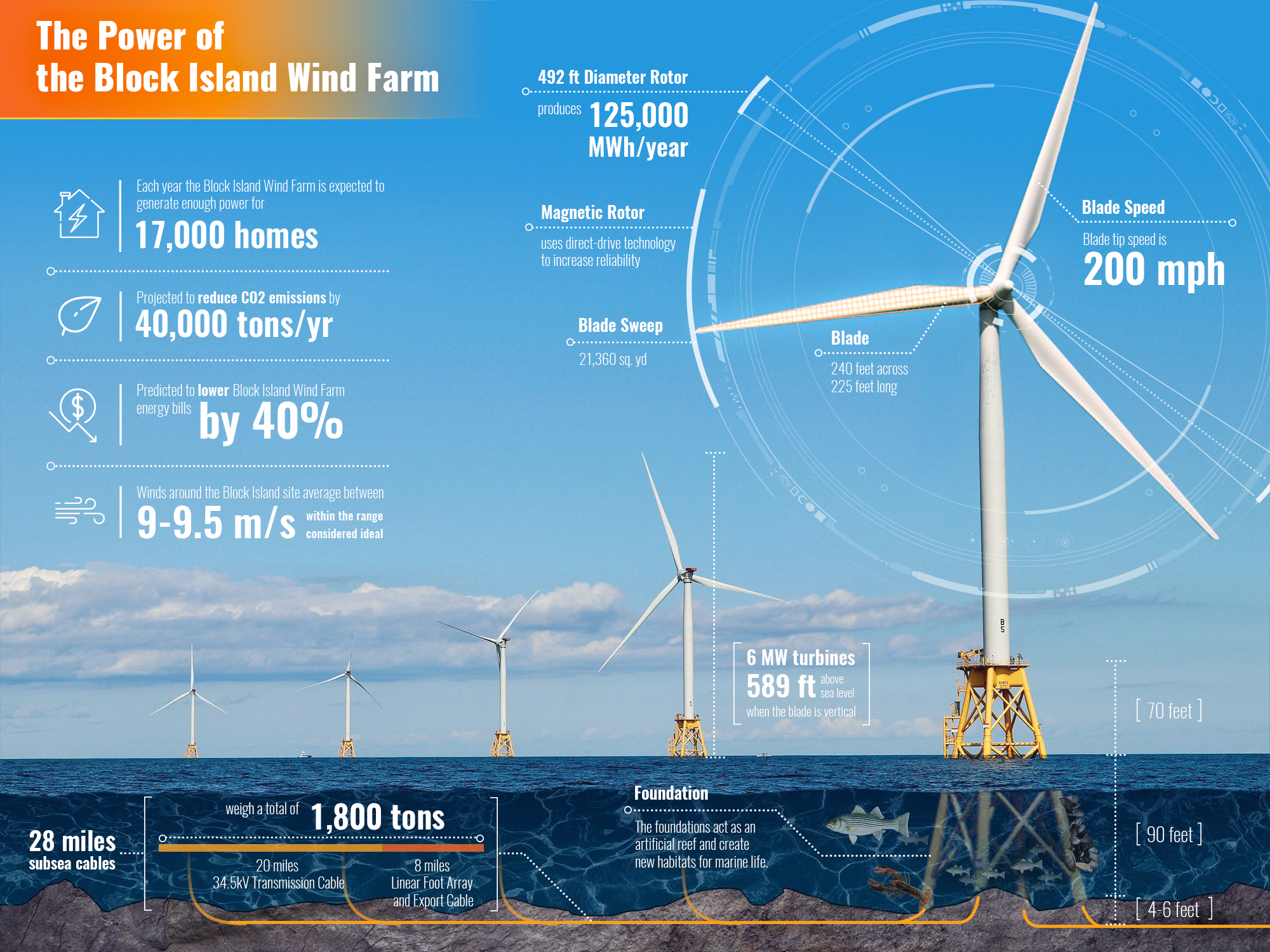 USA - Money in the Wind

Wind developers are predicted to install 1,700 turbines off the U.S. East Coast within ten years and they're going to need a lot of vessels.

In November 1947, the world's first real offshore oil well entered service off the coast of Louisiana, ushering in an entirely new industry. It was a line of business that hadn't been seen before, and it created a new fleet of offshore vessels and thousands of seagoing jobs in the decades that followed. The techniques and technologies developed in the U.S. Gulf of Mexico spread around the world, bringing economic opportunity and jobs to the North Sea, the Persian Gulf and beyond.

Seven decades later, America's offshore energy industry is on the verge of another new opportunity. The leases have been purchased. The oil majors have committed billions of dollars. American shipbuilders hold firm orders for the first support vessels, and the first steel jackets should go in the water in about two years. This time, though, there won't be any drilling – the money is in the wind.

It’s been a long time coming in the U.S., and it got off to a bumpy start. In the early 2000s, a group of private investors launched the Cape Wind project between Cape Cod and Nantucket. Though polling showed that Cape Wind was overwhelmingly popular with inland populations, it encountered determined opposition from many coastal residents. After a decade of delays and more than two dozen lawsuits, Cape Wind's utility customers backed out, and it folded in 2015.

This time is different. The turbines have gotten bigger. The costs have come down. The developers are experienced European companies and – the most important factor – the political will is there.

State governments from New England to the Middle Atlantic have staked out a policy commitment to offshore wind development, and they've put it into law. Massachusetts, Rhode Island, Connecticut, New York, New Jersey, Delaware and Virginia have all enacted legislation requiring their electrical utilities to buy renewable energy in the years ahead. The amount, the bidding system and the incentive structure vary by state, but the bottom line is there's a pot of billions of dollars in legally guaranteed revenue.

That's the kind of money that can cover interest for bondholders, profits for developers, contracts for suppliers and wages for an estimated 80,000 to 100,000 workers and mariners.

“There’s a big difference between having a few projects and having a market for those projects,” says Professor Jeremy Firestone, Director of the University of Delaware’s Center for Research in Wind. “When you have a market for offshore wind projects as we do today, that brings in investment capital. That brings in the supply chain. That brings in experienced players. The developers are completely different from who they were just three to five years ago.”

Those developers include some of the biggest names in the energy business, and not just the green energy business. Norwegian giant Equinor (formerly Statoil) has purchased two lease areas off New York and Massachusetts for roughly $180 million, and this year it sold a 50 percent stake in the two projects to BP for $1.1 billion. Royal Dutch Shell owns half of a $135 million lease area off Massachusetts, and European renewables giant Ørsted is involved in half a dozen projects up and down the Eastern Seaboard.

"It's still in its infancy, but a confluence of factors makes offshore wind an extremely attractive investment opportunity," says Erik Milito, President of the National Ocean Industries Association (NOIA), the industry body representing America's offshore oil, gas and wind supply chain. "You're looking at $68 billion in investment through 2030 including $30 billion for the turbines and another $30 billion for jackets and installation. Much of that work involves offshore vessel companies."

This is good news for America’s offshore energy industry, which now has an opportunity to expand into a new line of business. “We’re seeing a period of intense change with our oil and gas clients,” says Matt Tremblay, Senior Vice President of Global Offshore at ABS, “and many oil majors’ announcements are focused on expanding and transitioning their business portfolios into the clean energy or renewable energy sectors, including offshore wind. Traditional OSV owners are also entering wind support services. We see this continuing into 2021 and beyond.”

If wind developers are going to install 1,700 turbines off the U.S. East Coast within ten years, as NOIA expects, they're going to need a lot of vessels.

Once the installation is done, the turbines need regular service. So developers will have to build or charter a fleet of vessels to carry technicians to and from the towers – smaller crew transfer vessels (CTVs) for one-day trips in calmer conditions and bigger service operation vessels (SOVs) suited to less favorable weather. SOVs are 300-foot floating hotels for 80 people, equipped with storage holds, workspaces and a stabilized walk-to-work gangway for technicians to cross between the vessel and the tower base.