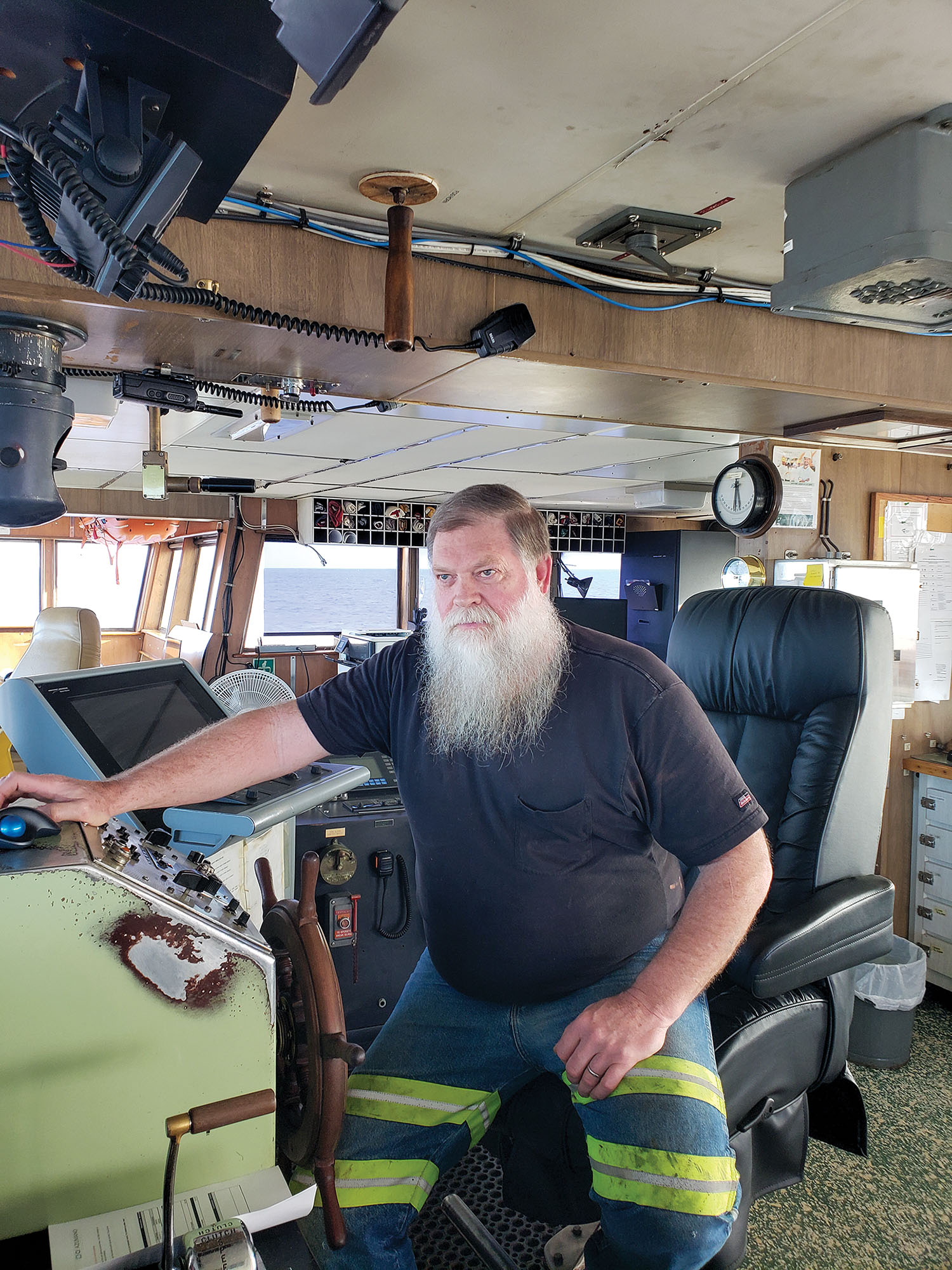 Great Lakes Dredge & Dock operates the largest dredging fleet in the United States, with vessels at work all around the world. And during Capt. Chris Harvey’s almost 40 years with the company, he has worked on just about every one of the company’s hopper dredges.

A native of Ulster County, N.Y., Harvey had an uncle in the maritime industry who was working for Great Lakes when he was finishing high school in the early 1980s.

“As a kid, I always figured I wanted to go to sea,” Harvey said. “I had an uncle in the industry who told me the best way to do that was go to the maritime academy and get a good education, then go on to the shipping world after that. He also introduced me to Great Lakes in the early ’80s.”

Harvey attended the State University of New York Maritime College at Fort Schuyler. He stepped onto his first dredge in 1981 as an observer. He was hired on with Great Lakes Dredge & Dock in June 1983, right after graduation. Since that time, Harvey has spent about 21 years with Great Lakes’ international division, with the balance working along the coasts of the United States and on special projects for the company. He became a captain in 1987 and is one of the company’s longest-tenured captains.

Working overseas with Great Lakes gave Harvey the opportunity to spend time in the Middle East, Brazil, Mexico, South Africa and India, with much of that time spent aboard the dredge Victoria Island.

“Those were my happiest times,” he said. “It was challenging, but I’m more adept to the ‘jungle rules,’ if you know what I mean, and it was kind of uncharted territory for us.”

Harvey fondly recalled one time period on a dredge working internationally where there were 13 different nationalities represented among the crew members. Dear friends grew out of that great diversity, he said.

“I got to know those guys,” Harvey said. “Communication was tough, but I’ve made lifelong friends who reside around the world from those times.”