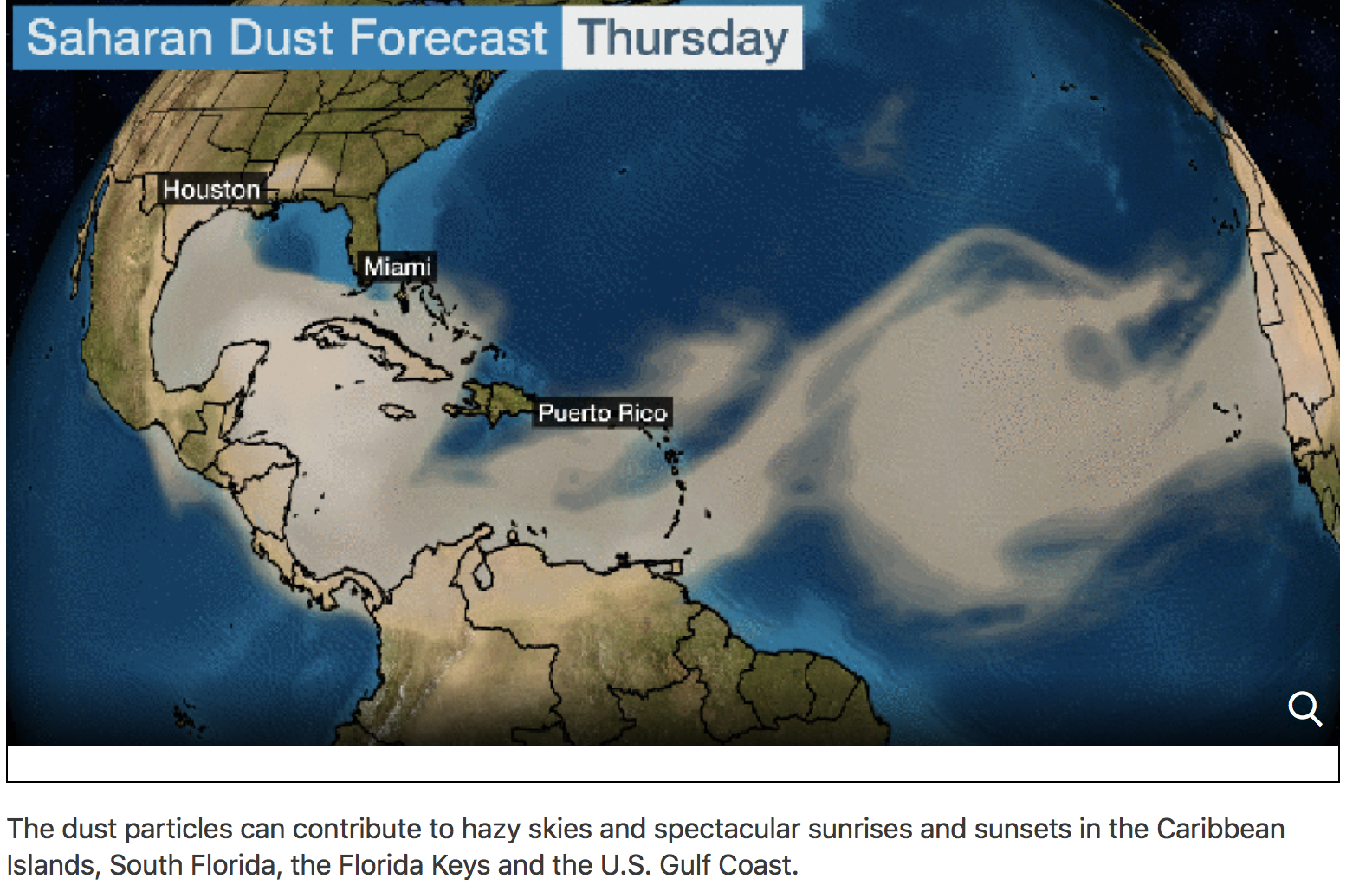 USA - Massive Saharan Dust Plume Now in the Caribbean Sea to Complete 5,000-Mile Journey From Africa to U.S. This Week

An expansive plume of dust from the Sahara Desert has surged into the Caribbean Sea. It is forecast to complete a 5,000 mile journey to the U.S. Gulf Coast this week. This Saharan air layer generally hampers tropical cyclone development. The dust-laden air also produces spectacular sunrises and sunsets.

A massive plume of dust from the Sahara Desert has already surged into the Caribbean Sea, and it's expected to reach the Gulf of Mexico and parts of the United States this week.

Known as the Saharan Air Layer (SAL), this dry dust plume commonly forms from late spring through early fall and moves into the tropical Atlantic Ocean every three to five days, according to NOAA's Hurricane Research Division (HRD).

The densest plume began to emerge off west Africa last weekend, and has now traveled over 3,000 miles across the Atlantic Ocean to the eastern Caribbean Sea, covering an area larger than the Contiguous United States and western Europe.

University of Maryland scientist Santiago Gassó noted late last week the densest dust within the plume covered an unusually large area, as estimated by satellite. NASA's Terra satellite captured an amazing image Friday of the dense plume hanging over Cabo Verde, a group of islands off the west coast of Africa.