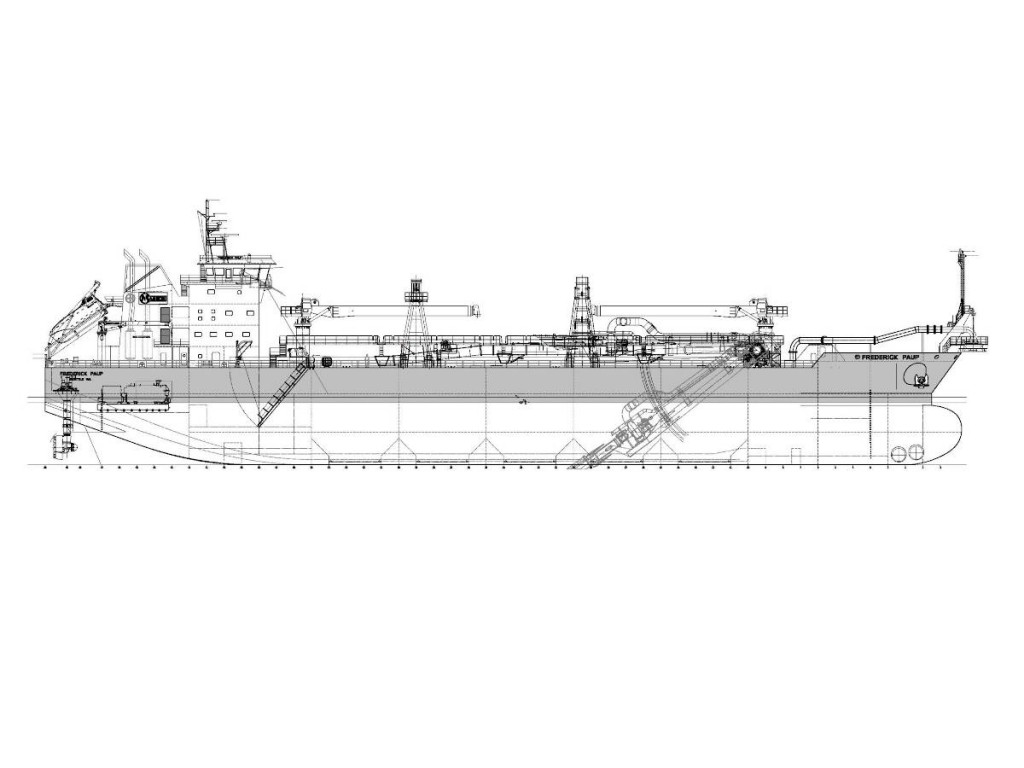 Seattle-based Manson Construction Co. announced the execution of a contract for the construction of a 15,000 cubic yard hopper dredge with Keppel AmFELS.

Designed in collaboration with Hockema Whalen Myers Associates (HWMA), the Frederick Paup will be built at Keppel AmFELS’ facility in Brownsville, Texas and is slated to be fully operational in Spring 2023.

“This is an exciting time in the U.S. dredging industry,” said Mark Sickles, Interim CEO and Executive Director of the Dredging Contractors of America. “Here is another new investment in an American shipyard and in our vibrant and growing industry. On behalf of our member companies, I congratulate Manson Construction Co. on this wonderful news.”

“We are pleased to be partnering with Keppel AmFELS due to its impressive vessel construction capabilities. Its value proposition is strengthened by our shared focus on safety,” said John Holmes, Manson Construction Co. President. “Once complete, the self-propelled hopper dredge ‘Frederick Paup’ will be the largest in the United States, representing Manson’s single biggest investment in its 115-year history.”

Since 1905 Manson Construction Co. has contributed to the building and maintenance of North America’s marine infrastructure and waterways. The company constructs jetties, wharves, bridges and outfalls; performs hopper, clamshell and pipeline dredging; and provides offshore operations. Manson currently has more than 800 employees across North America.

“This dredge is the culmination of years of work by our dedicated team, and I am honored to bear its name,” remarked Frederick Paup, Manson’s Chairman of the Board. “We are proud that it will be U.S.-built, U.S.-flagged, and U.S.-crewed, and will support the U.S. Army Corps of Engineers’ mission of keeping the marine transportation highway open throughout the United States.”