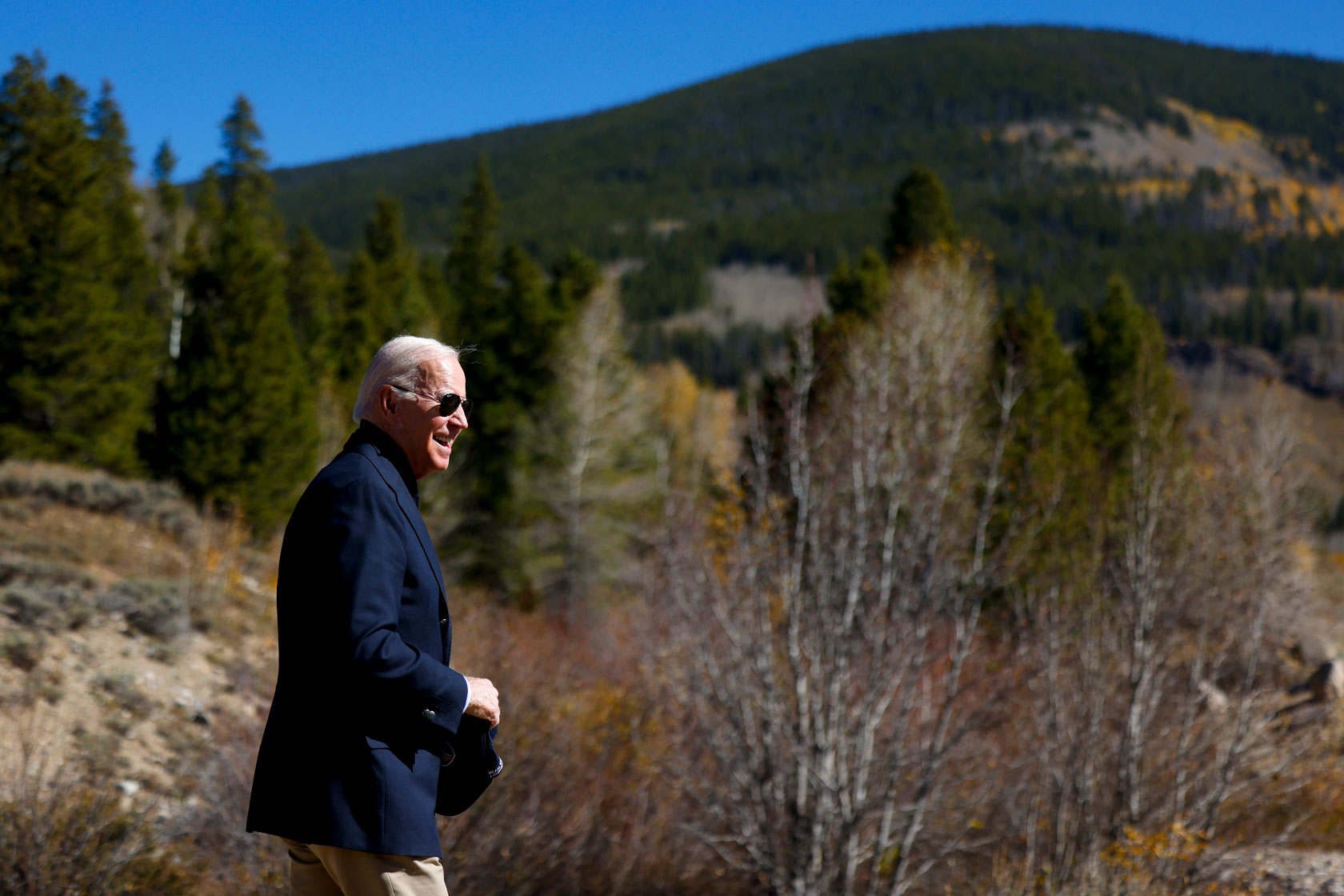 On his first day in office, President Joe Biden signed an executive order committing to tackle the nature crisis and increase the country’s ambition on protected areas by conserving 30 percent of the nation’s lands, waters, and ocean by 2030, otherwise known as the 30×30 goal. A few months later, as part of his America the Beautiful Initiative, the president expanded that commitment to address nature deprivation and Tribal-led conservation. In October of 2021, President Biden called his decision to restore the boundaries of three national monuments “the easiest thing I’ve ever done.” And, just this past fall, he touted that his administration was “investing billions of dollars to protect our iconic outdoors, preserve our historic sites, and address the devastating impacts of climate change.”

As the country takes stock of what President Biden has done in the past two years, it’s clear that he has made progress on his conservation legacy. In fact, Biden has distributed more funds for land conservation than any previous president in the same time span and has protected—or is in the process of protecting—more than 12 million acres of treasured landscapes.

But the nature crisis persists—and the work is not done. According to the most recent figures, wildlife populations have plunged globally by an average of almost 70 percentbetween 1970 and 2018. And, despite early progress toward 30×30, the U.S. currently only has formal protections for about 13 percent of lands. Now is the time for the Biden administration to double down on executive action to achieve 30×30 and focus on bold action that will define his legacy.

As President Biden approaches the two-year mark in his presidency, he has proven his willingness to champion local conservation efforts. In these two years alone, Biden’s Department of the Interior has channeled more than $10.7 billion to federal, state, local, and Tribal land conservation efforts—not to mention the significant new funding for U.S. Department of Agriculture (USDA) conservation programs and the $2.6 billion in funds from the Inflation Reduction Act for coastal restoration, which were not accounted for in this analysis.

Going back to 1965—when the Land and Water Conservation Fund was established—past presidents have averaged just over $3.5 billion in land conservation funding in the same two-year period, when adjusting for inflation. Biden’s investment is three-times greater than that average. In just two years, Biden has been bullish in securing and distributing record levels of conservation funding across the country.

The more than $10 billion has been funneled into new and existing programs in all 50 states, as well as U.S. territories and to Tribes. The funding has supported a variety of projects, including outdoor recreation, access to nature in vulnerable and historically disadvantaged communities, mine-land cleanup, ecosystem restoration, habitat connectivity, coastal resilience, critical minerals, new land designations, and forest conservation.

One of the highlights of this funding is the America the Beautiful Challenge grant program facilitated through the National Fish and Wildlife Foundation (NFWF). The NFWF challenge grants are a new funding opportunity created from money in the Bipartisan Infrastructure Law for projects that advance conservation priorities at the community level to meet the goals of America the Beautiful initiative. The first round of funding was awarded in November to 55 projects, totaling $91 million. The program was extremely popular and received 527 applications requesting $1.1 billion and exceeding available funding by more than an 11-to-1 ratio. One-quarter of project proposals were from Tribal nations, and one-third of the awarded projects went directly to Tribes.

The Biden administration has also prioritized addressing inequities in nature access through the Outdoor Recreation Legacy Partnership (ORLP), a program that has offered $269 million in grants over the past two years. The program was established specifically for disadvantaged, urban communities to create and bolster access to outdoor recreation. For example, in 2021, $1 million was awarded to the Taylor Street Soccer and Fitness Development—an outdoor fitness complex built at a former industrial site in Trenton, New Jersey—to increase the public health benefits of outdoor access for the community. Another project funded at $1.7 million by ORLP in 2022 was the Beulah Park-Euclid Beach Connector Trail, which will establish a new 750-foot lakefront trail along Lake Erie and stabilize slope erosion while creating trail access for the community of Cleveland, Ohio.

As mentioned, these totals do not include programs from USDA, which is also home to major conservation funding programs, such as the Agricultural Conservation Easement Program, Regional Conservation Partnership Program, and the Conservation Reserve Program. The Bipartisan Infrastructure Law and Inflation Reduction Act included huge increases, totaling nearly $30 billion for the Natural Resources Conservation Service at USDA. The upcoming 2023 Farm Bill reauthorization presents immense opportunities for the Biden administration to secure additional USDA conservation funding to support private landowners and other conservation partnerships.