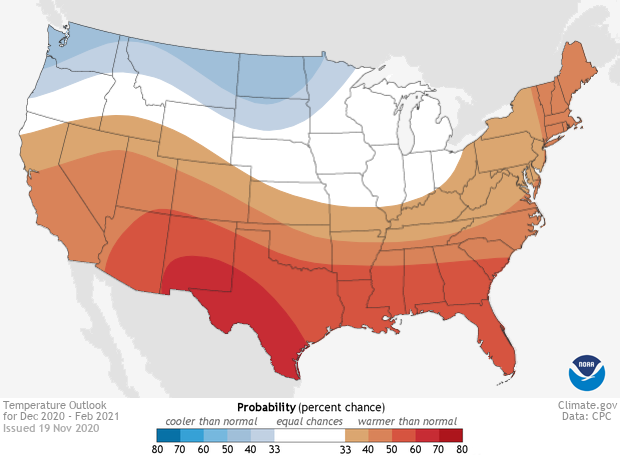 Weather forecasters are keeping a close eye on a potent La Niña event expected to peak in the winter.

This sprawling ocean-atmosphere feature is expected to help produce a mild winter of 2020-2021 over much of the United States, together with strengthening drought across the Sun Belt well into the new year.

La Niña is also inspiring a growing set of researchers to look beyond the traditional limits of seasonal prediction. That’s because La Niña tends to hang around longer than El Niño, often returning or restrengthening for a second or even a third northern winter.

That asymmetry points to the potential for outlooks that may — at least in some years — extend well beyond the one-year limit of standard practice. Such forecasts could give more than a year’s notice of the likelihood of impacts such as a drought or enhanced hurricane activity.

The players and their impacts

El Niño and La Niña refer to a warming and cooling, respectively, of the uppermost part of the eastern tropical Pacific Ocean, together with a broad set of atmospheric extensions. This entire semi-cyclic phenomenon is known as the El Niño-Southern Oscillation, or ENSO.